TEHRAN, Nov. 8 (CGTN) -- At least five people were killed and 120 others injured when a 5.9-magnitude earthquake struck northwestern Iran early on Friday, according to state TV.

The earthquake hit the Tark region in Iran's northwestern East Azarbaijan province at 2:17 a.m. local time on Friday (2247 GMT on Thursday) at a depth of 2 km, according to Iran's Seismological Center. 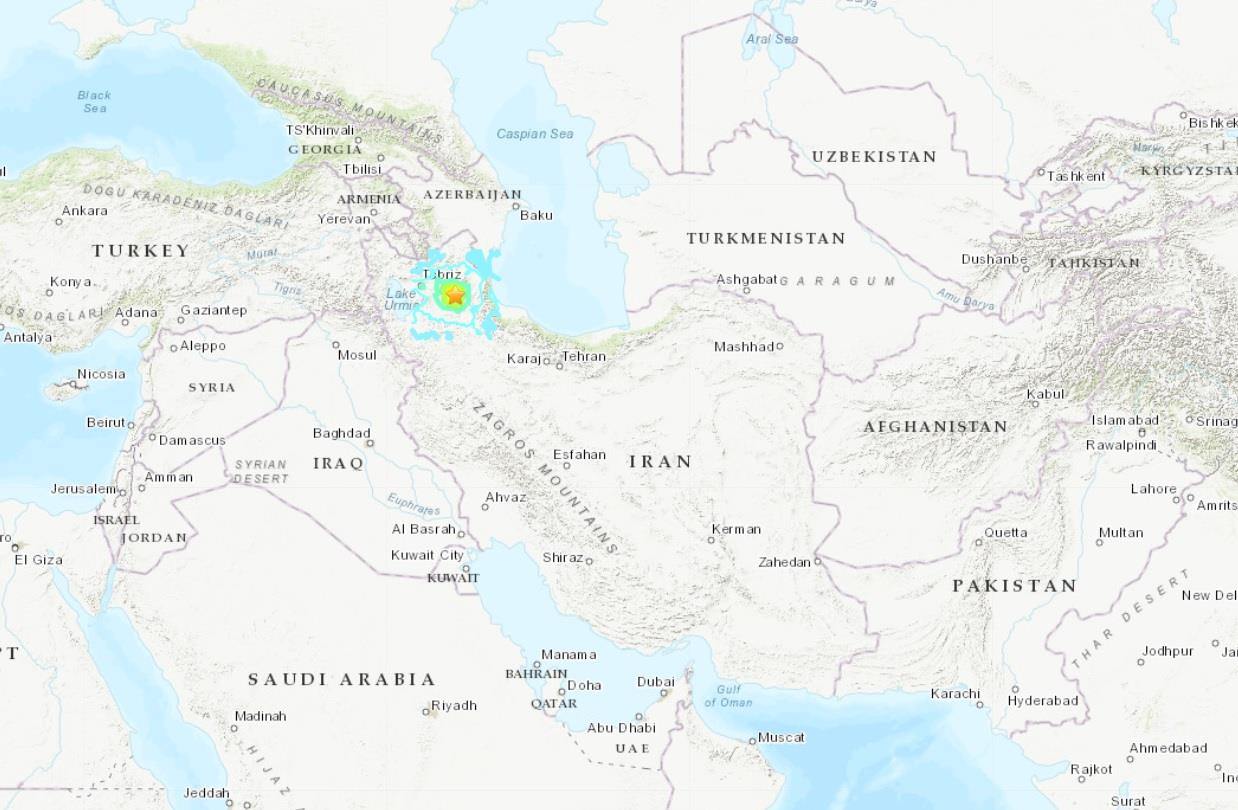