JERUSALEM, Nov. 9 (Xinhua) -- Israeli Prime Minister Benjamin Netanyahu has appointed Naftali Bennett, one of the leaders of the New Right party, as the minister of defense.

According to local media reports on Friday, Netanyahu offered Bennett the position at their meeting in the Prime Minister's Office in Jerusalem, and Bennett accepted it.

The appointment is expected to be approved at the upcoming government meeting.

Netanyahu, leader of the Likud party, currently heads a provisional caretaker government, after he failed twice to form a coalition following two general elections held on April 9 and Sept. 17, respectively.

The mandate to form a government has passed to Benny Gantz, head of the center-left wing party Blue and White which gained 33 seats in the second elections.

Should Gantz fail to form a unity government together with the Likud, elections may soon be held in Israel for the third time in a short period.

Bennett is known for his far-right views and has criticized Netanyahu several times for not acting aggressively in the Gaza Strip after the Palestinian rocket attacks. 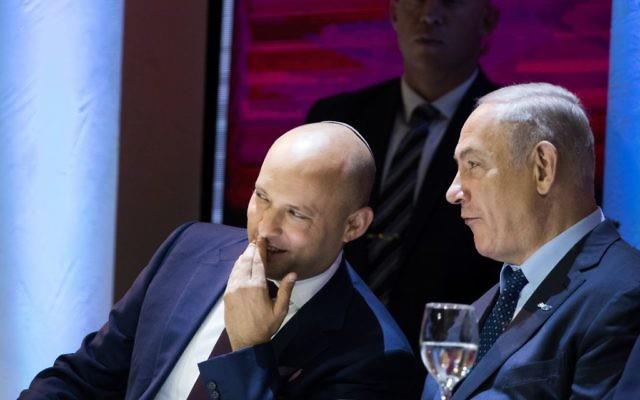