SYDNEY, Nov. 18 (Xinhua) -- As the Australian State of New South Wales (NSW) took stock of recent weeks’ bushfires, further north more than 70 fires continued to burn in the State of Queensland, with a number of holiday makers forced to evacuate as fire hit a popular island destination.

Holiday makers were forced to evacuate on the tropical destination of Moreton Island, off Australia's east coast on Sunday, after lighting reportedly sparked an out of control fire.

Hundreds of people who were camping on the island, including a number of young people celebrating the end of the school year, took refuge on the lawns of a high end tropical resort out of reach of the blaze.

Queensland Fire and Emergency Services (QFES) said on Monday that a “a slow-moving, dangerous fire” was expected to impact campsites right across Moreton Island over the coming hours and days.

Meanwhile in NSW, an ease of weather conditions and scattered rainfall on Sunday helped firefighters get a grip on a number of problematic fires, meaning that while fires did continue to burn on Monday, none were at an emergency level.

As of Monday morning, 48 bush or grass fires burned across NSW, with 25 uncontained.

Since Friday, when the current emergency began, bushfires have claimed four lives and destroyed 421 homes in NSW, while hundreds more storage structures, farming facilities, as well as hundreds of thousands of hectares of bushland have also succumbed.

However, early assessments suggest that thanks to the dedicated efforts of fire fighters, the majority of whom were volunteers, during that time close to 2,000 homes were prevented from being lost.

“We're not out of the woods yet ... heatwave conditions are developing across large parts of the state, so fire dangers will increase,” NSW Rural Fire Service said on social media. 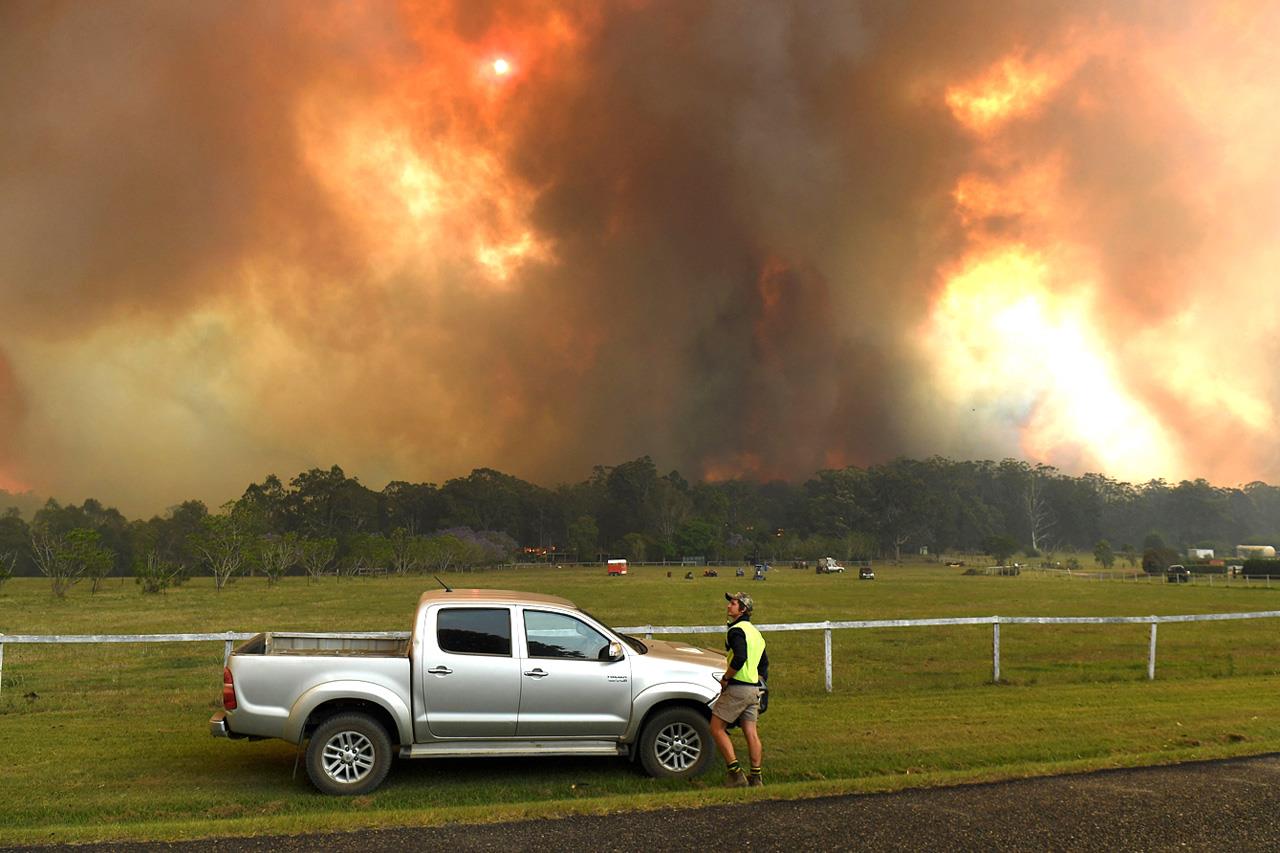