TOKYO, Nov. 18 (Xinhua) -- Japan on Monday said it would be safe to release radioactive water from the crippled Fukushima nuclear plant into the Pacific Ocean.

Japan's industry minister said that releasing contaminated water into the ocean would create a "significantly small" health risk to humans.

The industry ministry told a government subcommittee on the matter that releasing the water into the Pacific over a period of a year would lead to one-1,600th and one-40,000th of the amount of radiation that human beings are naturally exposed to.

The disaster-hit Fukushima plant has being storing water that has been used to keep the cores, which have undergone meltdowns since the plant was hit by a massive earthquake-triggered tsunami in March 2011.

The water used to cool the melted-down cores and groundwater at the battered plant, however, is contaminated with radioactive materials.

The plant is struggling to store the contaminated water in tanks at the plant and the amount of water collected has already exceeded 100 tons, with the amount rising on a daily basis and the space rapidly running out.

The ministry has said that the annual radiation levels close to the release point is thought to be between between 0.052 and 0.62 microsievert at sea and 1.3 microsieverts in the atmosphere.

This compares with the 2,100 microsieverts that humans come into contact with in their daily lives, the ministry said.

Subcommittee members, however, have voiced their concerns over how different factors could affect the impact of the release of contaminated water into the ocean, such as the weather and the currents of the ocean.

In addition, concerns were voiced over the actual amount of radiation that humans could be internally exposed when factoring in their consumption of contaminated fish and seaweed.

While the government has suggested dumping the excess water into the ocean would be safe, local fisherman have expressed their vehement opposition to the move.

They argue that such a move would adversely affect the reputation of their produce and make it difficult for them to earn a living.

Some neighboring countries, including South Korea, have also voiced their opposition to the idea, citing concerns over the impact on the environment. 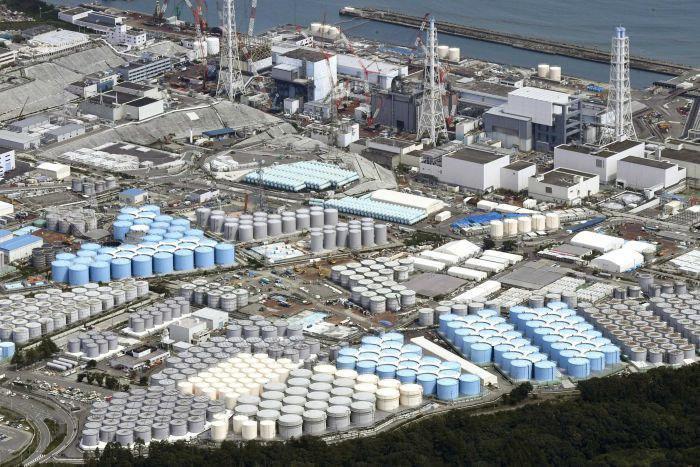