SRI LANKA, Nov. 19 (CGTN) -- Sri Lanka's new president and scourge of the Tamil Tigers Gotabaya Rajapaksa on Monday urged minorities unnerved by his election victory to work with him, as he was sworn in at a ceremony steeped in symbolism for his core supporters.

Rajapaksa is a divisive figure but popular among his own majority Sinhalese-Buddhist community.

His landslide win split the island nation of 21.6 million on religious and ethnic lines as never before, seven months after deadly Islamist attacks.

Unusually, his inauguration was held at a revered Buddhist shrine with an imposing stupa – reputedly built by a Sinhalese king who vanquished invading Tamils over 2,000 years ago.

At the ceremony, Rajapaksa put his success down to the "extraordinary blessings of the Buddhist monks."

"The main message of the election is that it was the Sinhala majority vote that allowed me to win the presidency," the 70-year-old retired lieutenant colonel said.

"I knew that I could win with only the votes of the Sinhala majority. But I asked Tamils and Muslims to be a part of my success. Their response was not what I expected. However, I urge them to join me to build one Sri Lanka," he said.

Rajapaksa was defense chief under his brother Mahinda's 2005-15 presidency, when the military conducted a no-holds-barred campaign to end the 37-year war in which 100,000 people perished.

This makes the brothers heroes among Sri Lanka's Sinhalese majority and the powerful Buddhist clergy.

But around 40,000 Tamil civilians were allegedly killed in the closing stages of the conflict, which ended in 2009, and Saturday's election saw Tamils – who account for about 15 percent of the population – vote overwhelmingly against Rajapaksa.

After being in opposition for nearly five years, Rajapaksa announced his intention to run for the presidency just days after Islamist attacks on April 21 that killed 269 people, promising to protect the nation.

Rajapakasa insisted that extremists would not have carried out any attacks if he had been in power. He blamed the government of Prime Minister Ranil Wickremesinghe for weakening the intelligence apparatus he had built. 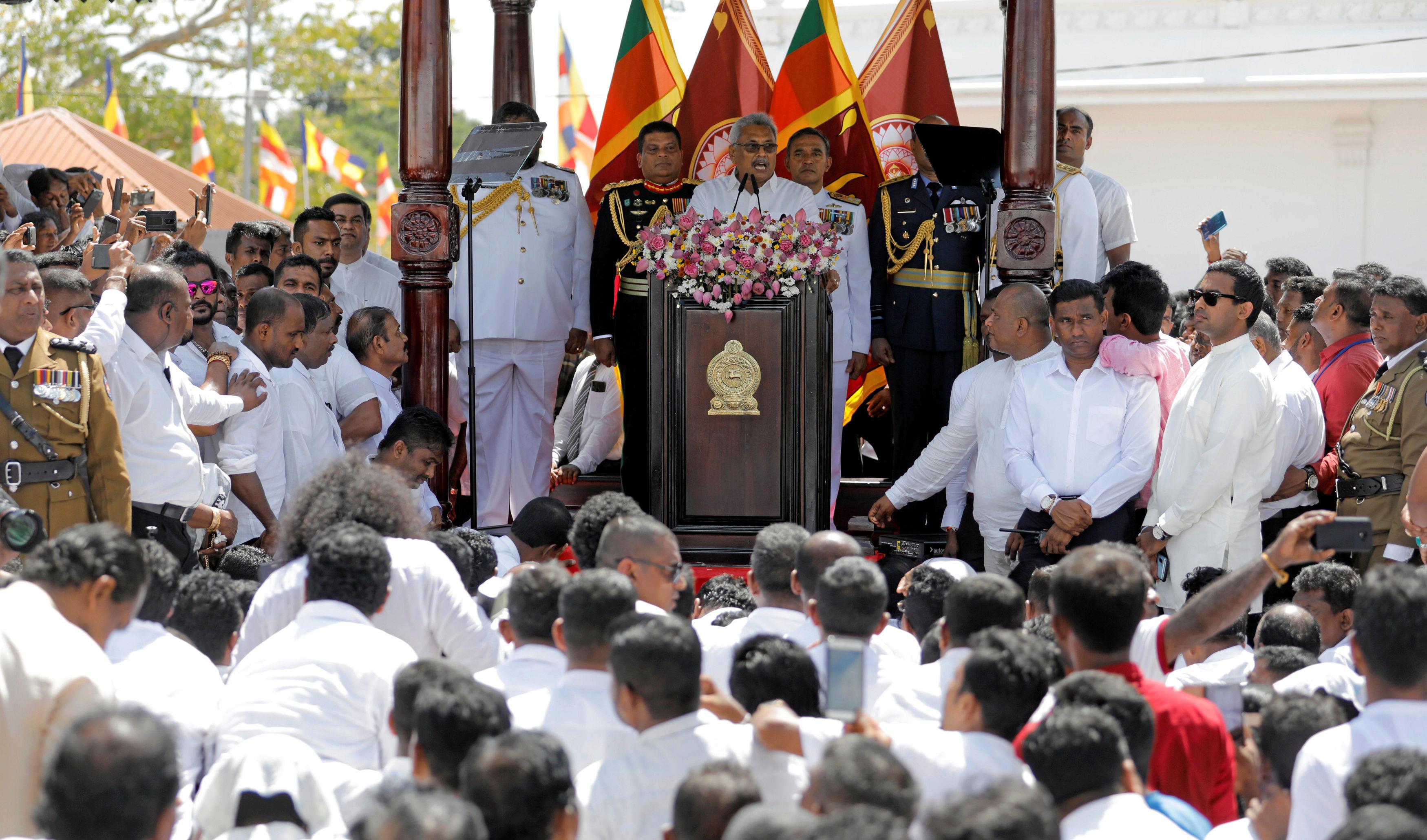