SYDNEY, Dec. 12 (Xinhua) -- Scientists revealed what they believe to be the world's oldest cave painting on Thursday, saying that the depiction of mythical creatures and wild game overturns previous understanding on the roots of human spirituality.

Dated at 44,000 years old and named Leang Bulu' Sipong 4, the image is located in a cave on the Indonesian island of Sulawesi.

It shows a group of part-human, part-animal figures, known in anthropology as therianthropes, which are hunting two local species of mammal.

The therianthropes -- with human-like bodies and the heads of birds, reptiles and other local animals -- have surrounded and are in the process of subduing two Sulawesi warty pigs and four dwarf buffaloes known as anoas.

Researchers from Australia's Griffith University who studied the cave believe it to be not just the oldest rock art in the world, but also the earliest example of such a detailed narrative "story" -- changing the way scientists look at the evolution of human spirituality and creativity.

It was previously believed that rock art progressed from simple symbols to more complex scenes roughly 35,000 years ago in Europe, however the level of sophistication in Leang Bulu' Sipong 4 overturns this belief.

Associate Professor Adam Brumm from Griffith University explained that the images of the therianthropes are also the earliest known example of human beings' ability to "conceive of things that do not exist in the natural world, a basic concept that underpins modern religion."

"Therianthropes occur in the folklore or narrative fiction of almost every modern society and they are perceived as gods, spirits, or ancestral beings in many religions worldwide," Brumm said.

"Sulawesi is now home to the oldest image of this kind - earlier even than the 'Lion-man' from Germany, a figurine of a lion-headed human, which, at 40,000 years old, was until now the oldest depiction of a therianthrope."

To date the work, researchers measured the radioactive decay of uranium and other elements within mineral growths which covered it.

While Leang Bulu' Sipong 4 is one of hundreds of rock art sites throughout the limestone caves on South Sulawesi, it is now the oldest, and confirms the region as crucial for understanding the beginnings of cave art and the evolution of modern human thinking. 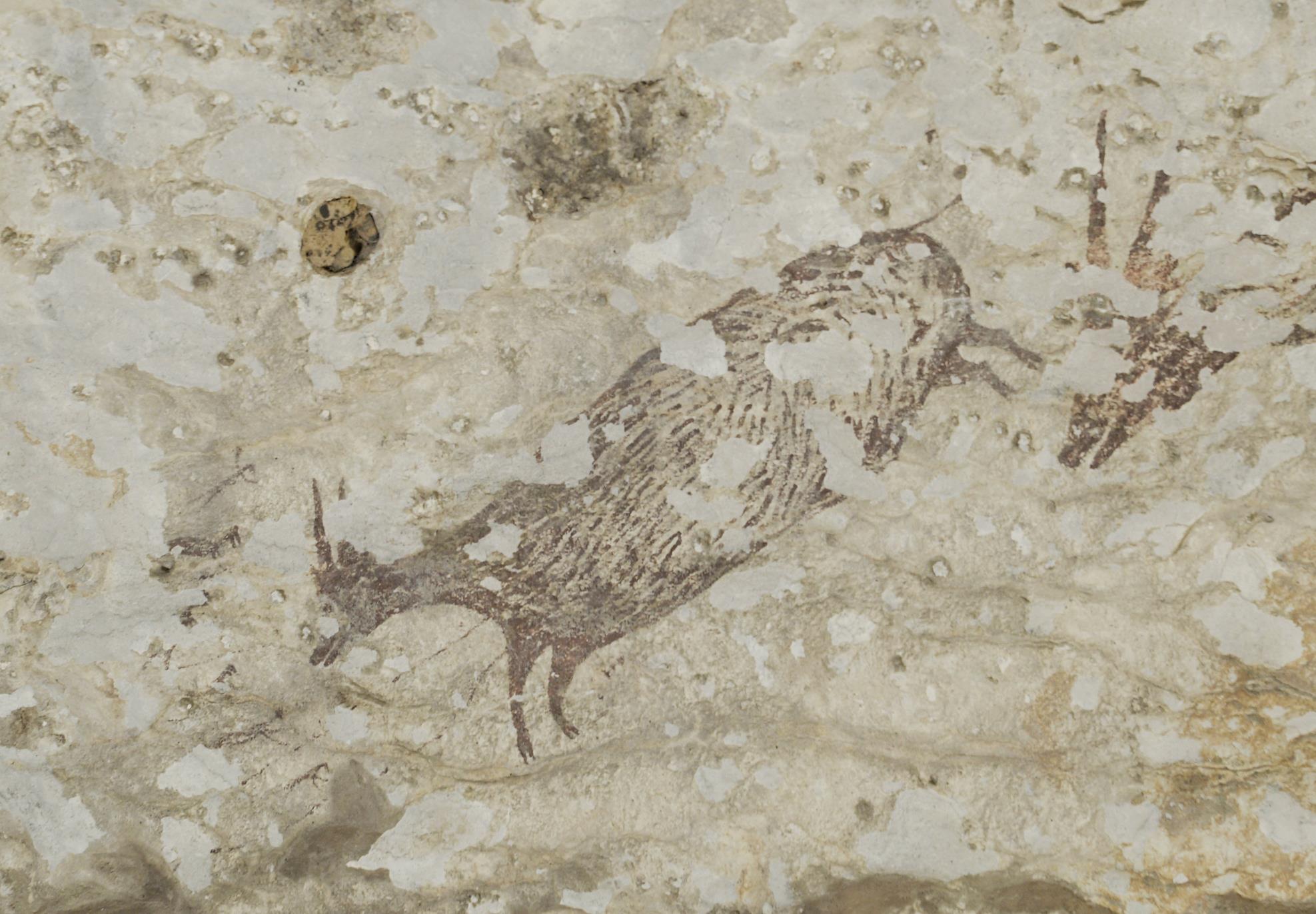