LONDON, Dec. 12 (CGTN) -- Boris Johnson has described the 2019 UK general election as "historic" as the incumbent Prime Minister closes in on an 86 seat majority. Exit polls had predicted the Conservative Party will win 368 of the 650 seats in Parliament allowing them to fulfill their campaign promise of delivering Brexit before the end of January 2020.

Shortly after 0500 GMT the Conservative party gained 326 seats of the 650 available, the minimum requirement for a majority government as Johnson made his way to the Prime Minister's central london residence, 10 Downing Street.

Speaking after the confirmation that he has won his Uxbridge and South Ruislip seat, Johnson said "Although we are still dealing with predictions it looks like, at this stage, this one nation Conservative government has been given a powerful new mandate to get Brexit done."

In a night of surprises in the UK, Labour leader Jeremy Corbyn has said he will not take the party into the next election while Liberal Democrat leader Jo Swinson lost her seat in Parliament after failing to win her constituency.

The predictive polls say that the left-wing Labour Party took 191 seats. In third place is the Scottish National Party with 55, next, the Liberal Democrats with 13, the Green party with 1 seat, and the Brexit Party with no seats, according to the poll. Other parties are said to have taken 22 seats.

The Conservatives are predicted to have a majority of 86, far beyond the numbers needed to pass legislation without relying on MPs from other parties. This is crucial for Johnson's plans to pass his long-awaited Brexit legislation to take the UK out of the European Union.

The result would represent a gain of 50 seats for the Conservatives since the 2017 UK General Election, where they only managed to win a minority of 318 seats. That would be their biggest majority since Margaret Thatcher led the Conservatives. As the exit polls were released, the Pound shot up against Dollar by 2.3 percent to $1.347, the biggest jump in one day since January 2017.

It's the biggest defeat since 1935 for the Labour Party who held 262 seats, if the polls are correct it will be a 71-point loss. Such a devastating loss for Jeremy Corbyn could call into question his position as leader and the future direction of the party.

The UK election exit poll is commissioned by broadcasters the BBC, ITV News and Sky News. Its predictive data comes from pollsters asking people at hundreds of polling stations around the country which party they voted for. The answer is given by filling in a mock ballot paper and putting it in a mock ballot box.

Polling stations in 650 constituencies across England, Wales, Scotland and Northern Ireland opened their doors at 07:00 GMT for a third general election in five years, with counting commencing immediately after polls close at 22:00.

Long queues were reported at dozens of polling stations across the country as people came out in huge numbers to make their voices heard.

Final results will come in through the night with 650 MPs being chosen under the first-past-the-post system, in which the candidate who wins the greatest number of votes in each constituency will be elected.

The UK usually holds elections every four to five years, but the snap poll was announced in October by Boris Johnson after he failed to break the logjam in parliament over the Brexit deal his government had thrashed out with the EU.

Johnson has put Brexit at the heart of his campaign, vowing to get parliament approve his "oven-ready" deal and take the UK out of the bloc by 31 January.

The main opposition Labour Party, led by Jeremy Corbyn, said it would negotiate a new deal with the EU and hold a referendum, giving voters the choice to leave on those terms or remain. During the campaign Corbyn put the emphasis on his party's public spending plans, promising to nationalize key industries and transfer wealth from rich to poor. 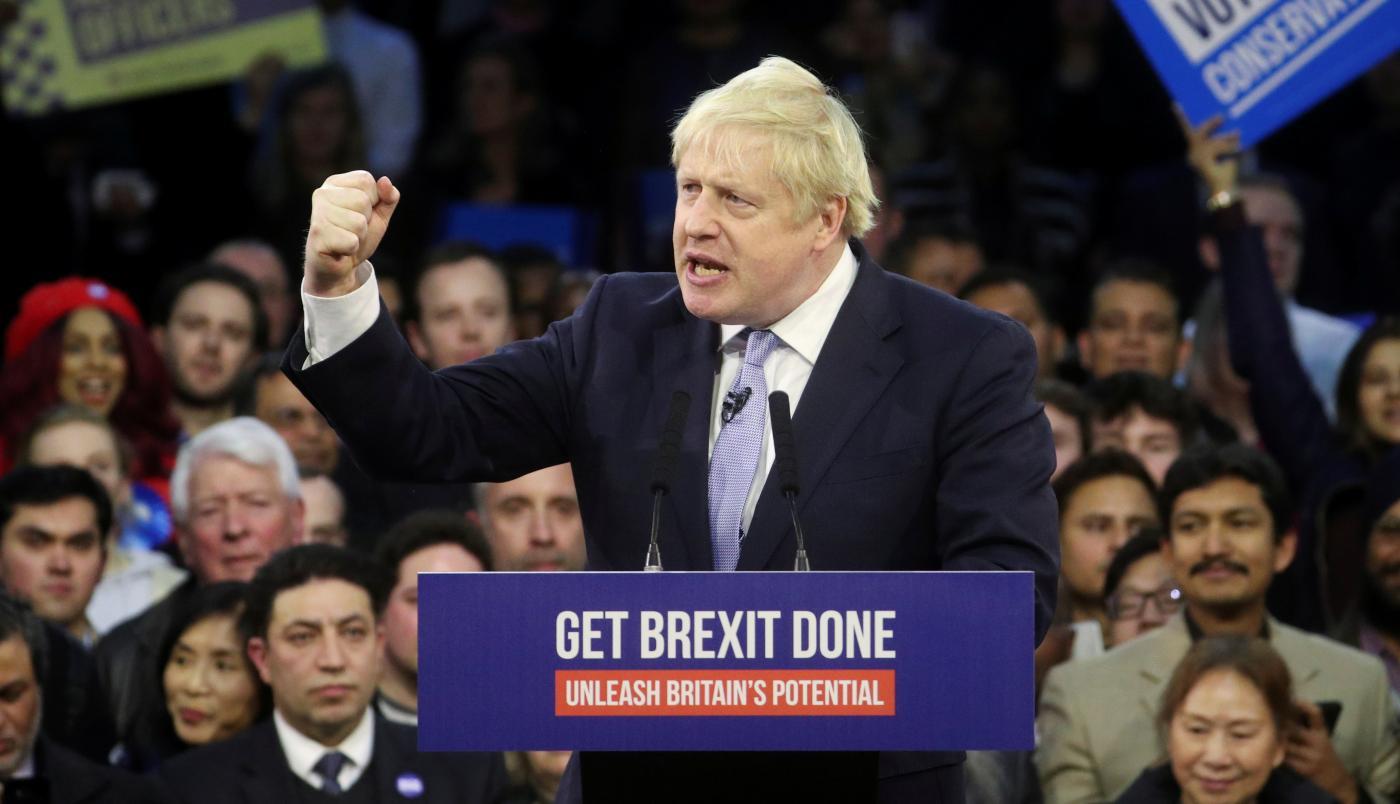