ISLAMABAD, Dec. 13 (Xinhua) -- At least 15 people were killed and one other was injured when fire engulfed a passenger bus following its head-on collision with a van in Zhob district of Pakistan's southwestern Balochistan province on Friday, a local official said.

The incident happened in the wee hours of the morning when the van's driver lost control of the vehicle and hit into the bus coming from the opposite direction in Kan Mehtarzai area of the district located northeast of provincial capital Quetta, Abdullah Kakkar who is in-charge at the station of paramilitary troops Levies in Kan Mehtarzai told Xinhua.

The van was carrying smuggled Iranian oil and fire erupted in it as soon as it hit the bus. The big fire also engulfed the bus and reduced both vehicles into ashes before rescue teams managed to arrive, he said.

Both people on the van and 13 people on the bus were burnt beyond recognition while one of the passengers saved his life by jumping off the vehicle but received serious injuries.

The injured man has been shifted to a nearby hospital, while the investigation regarding the van driver and smuggled oil is being made.

The bodies have been shifted to Zhob hospital and will be identified and handed over to relatives after DNA test. 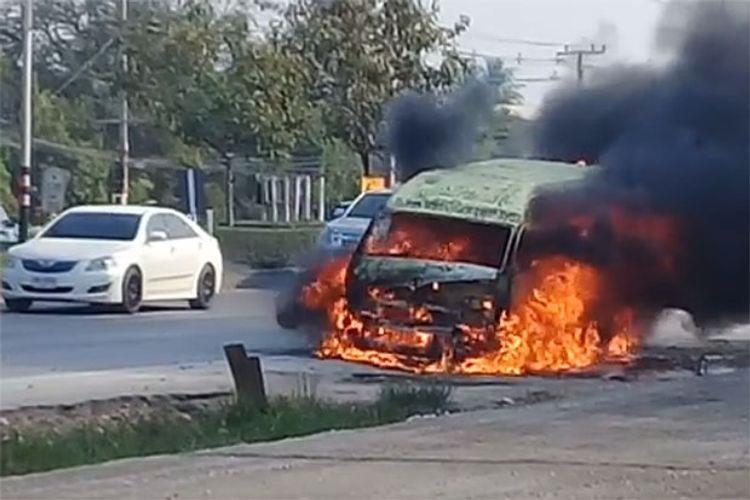