NEW YORK, Dec. 12 (Xinhua) -- U.S. economic growth will likely see a further slowdown in 2020 despite relatively strong fundamentals, as uncertainties about trade issues between the United States and its major trading partners remain, and the country enters the election year, analysts have said.

The U.S. gross domestic product is estimated to pull back to trend, with growth averaging 1.7 percent over the next two years, according to the Bank of America Global Research in its year-ahead outlook.

The forecast is based on the view that the United States and China have reached some form of resolution concerning their bilateral trade issues and the trade tensions stopped escalating, said Michelle Meyer, head of U.S. economics, Bank of America Securities, in a recent press event.

She added that if trade tensions do not ease as expected, the headlines around the issue can remain damaging and further impair confidence and hold back economic growth.

In the case of an escalation of trade tensions, there will be a risk-off trade in the markets, tightening financial conditions, Meyer said in a recent report.

"In this case, we would see further weakening into next year with growth falling deeper below trend before rebounding modestly into 2H (second half of the year)," according to the report.

"In this downside scenario, the economy could easily grow at a low-1 percent pace in 2020," it added.

One of the ways the trade war impacts the economy is through manufacturing and the Institute for Supply Management is suggesting that the industry is in a recession.

It is the third manufacturing recession in the current business cycle, followed by the previous two in 2015 and 2012 with the former owing to the oil price collapse accompanied by an appreciation of the U.S. dollar and the latter to the fiscal crisis in Europe, Meyer said.

"Just like today, the weakness reflected an external shock which first hit the manufacturing sector and then spilled over to the broader economy with the growth contribution from business investment falling. In all three cases, uncertainty was elevated," said the report.

Business confidence is also hurting as a result of trade uncertainty.

"American businesses don't know the outcome of the trade war. And it's creating a difficult environment for them to feel comfortable investing," Meyer said.

However, she added that there has been minimal spillover to the broader economy as neither jobless claims nor the unemployment rate is showing signs of layoffs, which means the U.S. economy is not falling into recession.

Societe Generale said in its latest quarterly global economic outlook that there is limited scope for policy, fiscal or monetary, to respond and prelude a downturn.

Given the fact that the Federal Reserve offered insurance cuts in 2019, and on the fiscal side, large tax cuts for 2018 triggered soaring deficits and further entrenched partisan policy responses, a divided Washington is unlikely to support fiscal measures until the slowdown is under way, according to the outlook.

Many analysts feel it is still too early to assess the impact of the presidential election on the economy as there is currently no clear frontrunner among the Democratic presidential candidates. 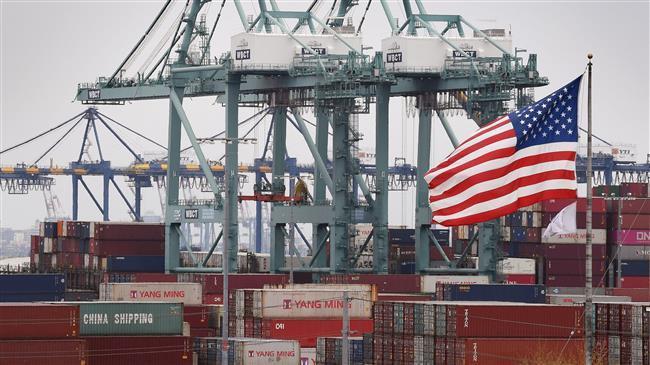