Moon made the announcement at the press center of the presidential compound, saying what matters for the pick of Chung to the second-highest administrative position was the ability to pull off people's integration and harmony while respecting opposition parties in time of fierce political strife.

Moon said the prime minister nominee Chung is well-versed in economy as he was a successful businessman and led the Ministry of Commerce, Industry and Energy under the former liberal government.

Chung was an executive at a local conglomerate, Ssangyong Group, in the early 1990s, before entering the political circles in 1995. He was first elected as a lawmaker the following year, and took the post of commerce minister from 2006 and 2007.

The six-term lawmaker of the ruling Democratic Party served as National Assembly speaker for two years through the end of May 2018.

Moon's nomination indicated his focus on economic affairs and compromise between ruling and opposition parties for the latter half of his presidency. Moon took office in May 2017.

Moon said his government endeavored to foster an innovative, inclusive and fair economy, for which uniting people's power as one through integration and harmony will be more significant than any so as to help people feel changes in daily lives and economy.

Chung is a figure most fitted for meeting the demand of the times, Moon added. 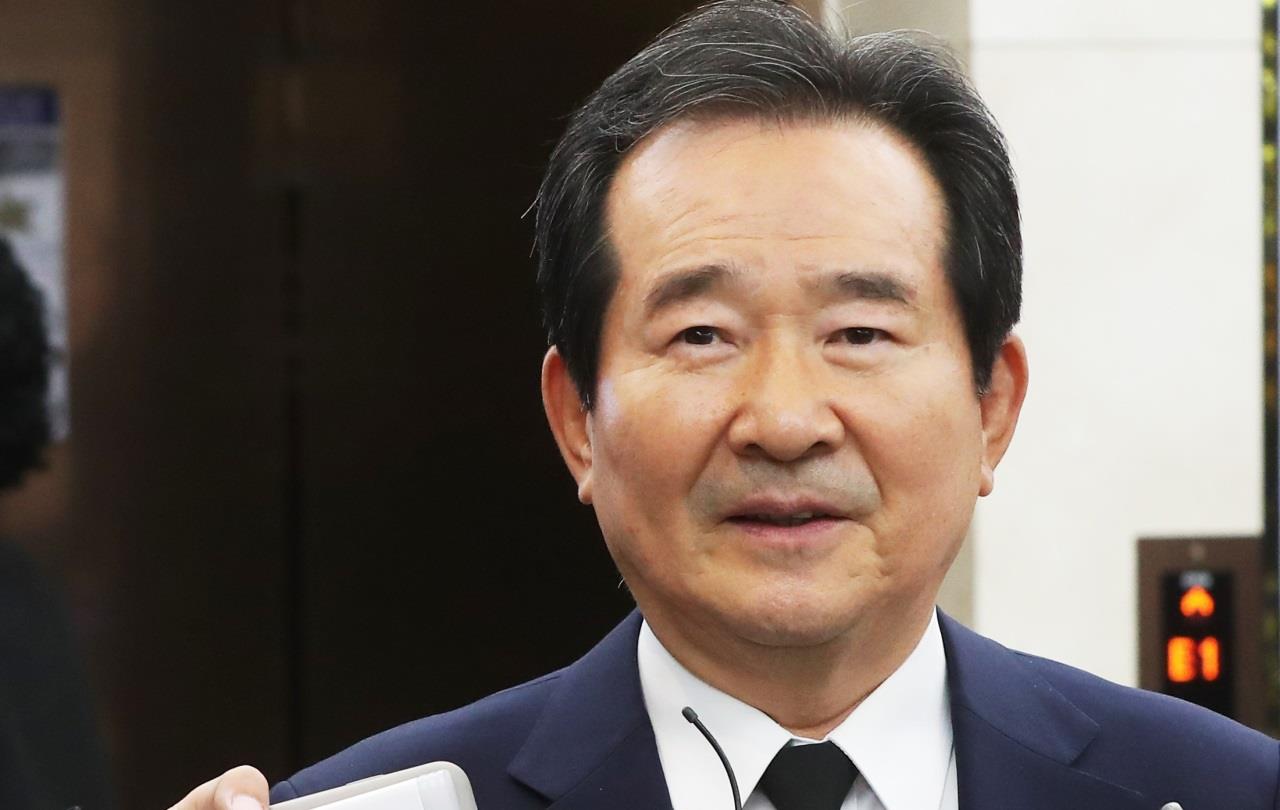