WASHINGTON, Dec. 18 (Xinhua) -- The Democrat-led U.S. House of Representatives voted on Wednesday to impeach President Donald Trump for abuse of power and obstruction of Congress.

As the vote ended, Trump became the third president in the U.S. history to be impeached.

The full House voted on the two articles of impeachment separately but largely along party lines after hours of heated and polarized floor debate.

"It is tragic that the president's reckless actions make impeachment necessary. He gave us no choice," Speaker Nancy Pelosi said when kicking off the debate hours before the vote.

Prior to and amid the House debate before the impeachment vote, Trump issued or retweeted tweets from early Wednesday morning, calling Democrats' impeachment effort "an assault" on the country as well as on the Republican Party. 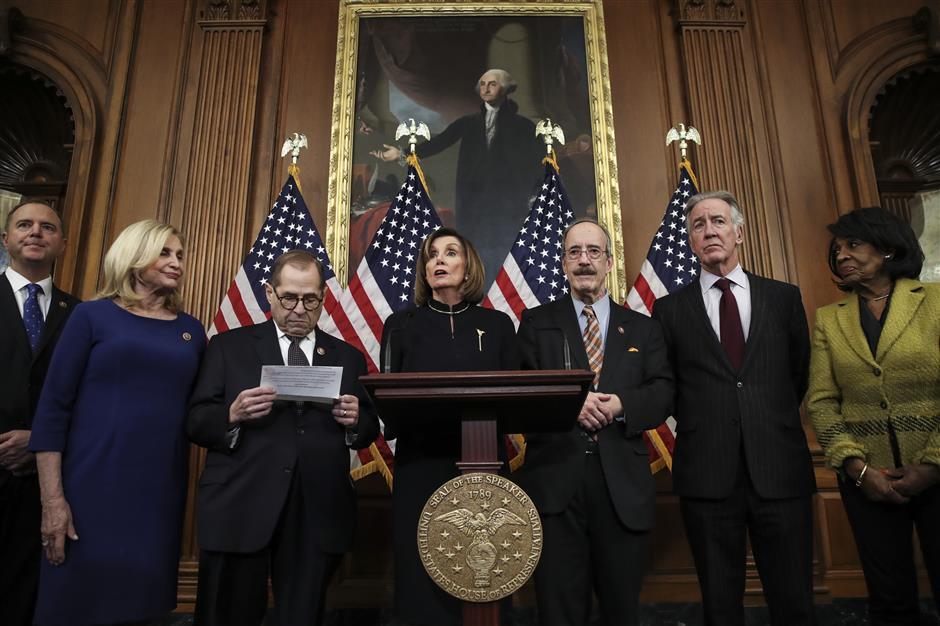