Four cruise missiles were believed to have been launched across the coast through Lebanese airspace towards Syria, Reuters added.

The Syrian army later said it had brought down one of the missiles in an area near the capital Damascus. State news agency SANA said the "hostile target" fell in the town of Akraba southeast of Damascus.

Israel has carried out hundreds of airstrikes in Syria against Iranian targets and convoys transporting weapons to Hezbollah, an Iran-backed Lebanese militia. The most recent of such attacks occurred on November 20.

Israel has vowed it will continue its strikes against Iranian targets trying to establish a permanent military presence there and against advanced weapons shipments to Hezbollah.

Iran and Hezbollah are fighting on the side of President Bashar al-Assad in the Syrian war, and Israel says they are trying to turn Syria into a new front against Israelis. 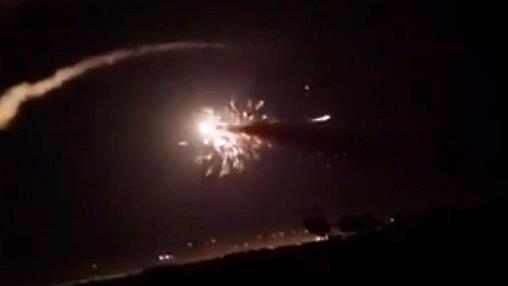