Algerian government radio says he died Monday morning in the military hospital of Algiers from a heart attack.

His death comes less than a week after Abdelmadjid Tebboune was sworn in as the country's new president, on December 19.

Gaid Salah played a major role in organizing the presidential elections which he said they were necessary to avoid the country descending into chaos.

Gen. Salah was present at Tebboune's inauguration and was considered to be close to the leader. He was also close to former Algerian President Abdelaziz Bouteflika.

Mr. Bouteflika himself was brought to the presidency in 1999 by a group of generals who had prosecuted a brutal war against militant Islamist insurgents since 1992.

Gen Salah, head of the army since 2004, was a central figure in this system.

As chief of Algeria's military for a record 15 years and a veteran of Algeria's war for independence, the general was seen as the guardian of the military-dominated system that has been in power since.

The strongman had supported Bouteflika for years until the president's February announcement that he would run for re-election sparked unprecedented demonstrations.

In early April, Gaid Salah called on his boss to resign. Bouteflika quit the same day, leaving the armed forces chief effectively in charge of the North African country.

President Tebboune announced that the head of land forces, General Said Chengriha, would take over as acting chief of staff of the armed forces. 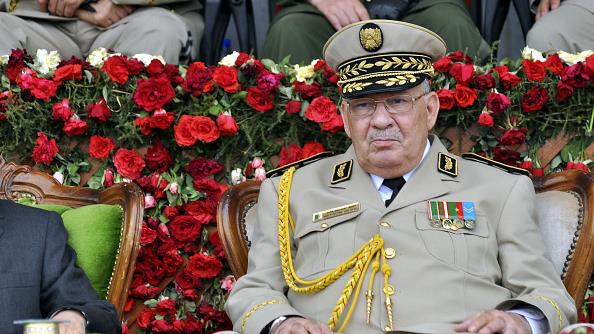