AFRICA, Dec. 25 (CGTN) -- A militant attack in Burkina Faso on Tuesday killed 35 civilians, almost all of them women, the president said.

Seven soldiers and 80 terrorists were also killed in the double attack on a military base and Arbinda town in Soum province, the army said.

Burkina Faso is faced with a worsening security situation in northern regions with almost daily terrorist attacks that have sparked a wave of panic in the country.

"Early Tuesday morning, a large group of terrorists simultaneously attacked the military base and the civilian population in Arbinda," the army chief of staff said in a statement, adding 80 terrorists have been "neutralized."

"This barbaric attack resulted in the deaths of 35 civilian victims, most of them women," he said on Twitter, while praising the "bravery and commitment" of defense and security forces.

AFP reported among the civilian victims, 31 of them were women, citing the country's Communications minister and government spokesman Remis Dandjinou.

No group immediately claimed responsibility for the attack.

The president also has declared 48 hours of national mourning from Wednesday midnight.

The morning raid was carried out dozens of jihadists on motorbikes and lasted several hours before armed forces backed by the air force drove the militants back, the army said.

Since 2015, terrorist attacks have claimed the lives of over 700 people, including 200 of armed forces soldiers, and displaced thousands of others in the West-African country. 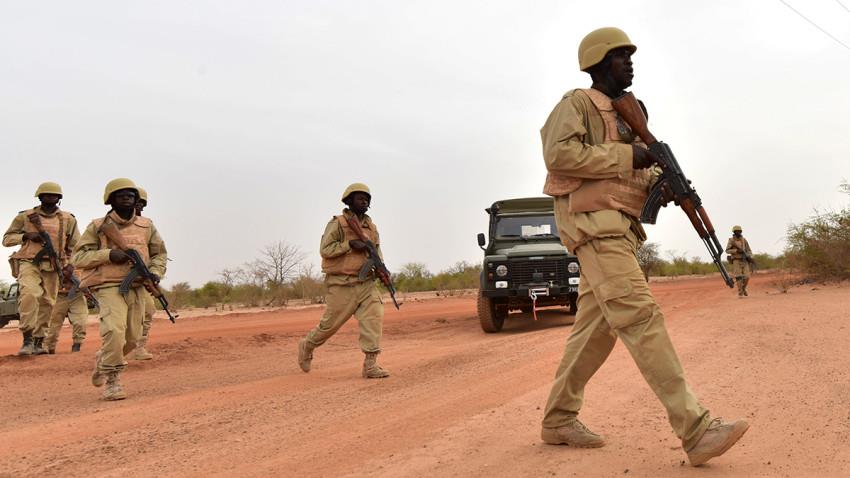