TOKYO, Dec. 27 (Xinhua) -- The Japanese Cabinet on Friday approved the dispatch of Maritime Self-Defense Force (MSDF) personnel to the Middle East amid tensions in the region, despite public opposition and post-war military constraints restricting the nation's military activities constitutionally.

The planned deployment, backed by the ruling Liberal Democratic Party (LDP) and its coalition ally, Komeito, is to purportedly conduct information-gathering operations and others related to enhancing the safety of commercial shipping in the region.

The plan proposes that a helicopter-carrying destroyer and a P-3C patrol plane be sent to the region along with around 250 troops.
Japan has decided to conduct its information-gathering and security operations independent of a U.S.-led coalition to ensure maritime security in the Strait of Hormuz, saying that the SDF will stay away from the strait near Iran in a bid to maintain its friendly ties with Tehran.

The deployment is a distinct U-turn from Japan which said earlier in the year that it had absolutely no plans to deploy its SDF to the region, despite the current tensions.

It is also a thorny one owing to the nation's war-renouncing constitution, which heavily restricts the activities of the SDF and specifically prohibits Japan from engaging in acts of war or maintaining armed forces with war potential.

As for Japan involving itself directly in the situation, Tehran has told Tokyo that it does not believe the presence of any foreign forces in the region would help boost stability, security or peace.

It has maintained that U.S. policies are the root causes of the escalating tensions in the Middle East and has been critical of the United States for imposing "maximum pressure" on Tehran and for withdrawing from the 2015 nuclear agreement. 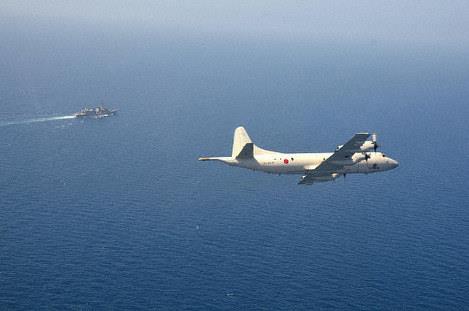