JERUSALEM, Dec. 27 (Xinhua) -- The Israeli ruling party Likud announced on Friday that incumbent Prime Minister Benjamin Netanyahu won a landslide victory in the primary, ensuring his leadership of the right-wing party in the national elections in March.

The official results released by the Likud in the morning showed that Netanyahu won 72.5 percent of the party members' votes while his rival Gideon Saar, a lawmaker of Likud, gained 27.5 percent of the votes.

Netanyahu claimed victory just before midnight Thursday, writing on Twitter: "Great victory!"
"With God's and your help, I will lead the Likud to a great victory in the upcoming election and we
will continue to lead Israel to unprecedented achievements," he said.

In a broadcast statement, Saar congratulated Netanyahu for his victory and said he would support Netanyahu and the Likud in the upcoming national elections.

"I am absolutely comfortable with my decision to run. Whoever isn't ready to take a risk for the path he believes in will never win," he tweeted.

Saar, a veteran politician and former education minister, was widely seen as posing the hardest challenge yet to Netanyahu's decades-long chairmanship of the Likud.

The embattled Israeli leader is facing criminal indictments in three separate corruption scandals in which he is charged with bribery, fraud, and breach of trust.

However, Netanyahu denies any wrongdoing and says the charges are part of "a witch-hunt."

As the Israeli longest-serving prime minister, 70-year-old Netanyahu failed twice to form a coalition after the last two national elections.

The primary results mean he will stay in office at least until March 2 when Israel will hold a new round of national elections.

The unprecedented elections will be the third time Israelis would cast their ballots in fewer than a year, as a political deadlock has paralyzed the Israeli political system over the past months. 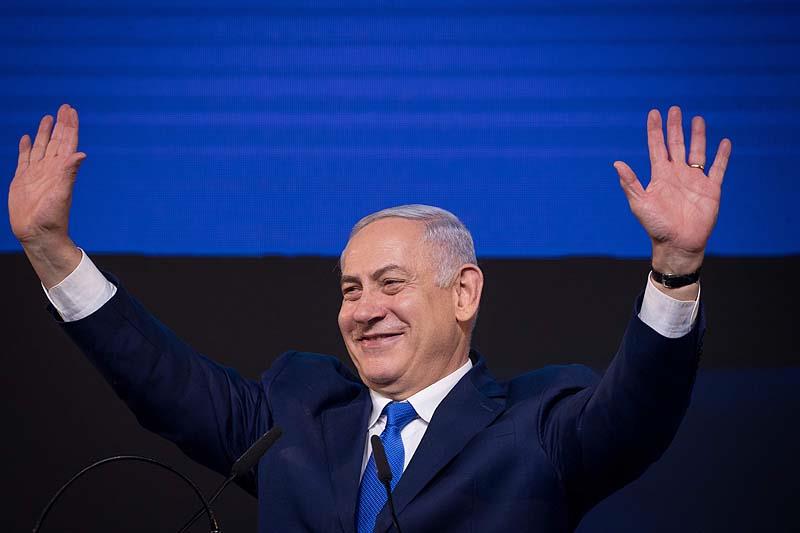