HOUSTON, Dec. 29 (Xinhua) -- Two people were killed and another in critical condition in a shooting Sunday morning at a church in northern Texas, the United States, according to the local media.

The Dallas Morning News quoted first responders as reporting that one person died at the scene of the shooting, one died en route to a hospital, and another was transported to a hospital in critical condition.

In a media briefing, an official from the Fort Worth Fire Department said the shooter is believed to be critically injured. He declined to confirm fatalities and where exactly the shooting occurred, but some reports said that video shows a man entered the church with a rifle and fired three shots.

The church is located in White Settlement, northwestern suburb of Fort Worth, with population of over 16,000 at the 2010 census.

Fort Worth is the fifth largest city in Texas and is about 422 km northwest of Houston. 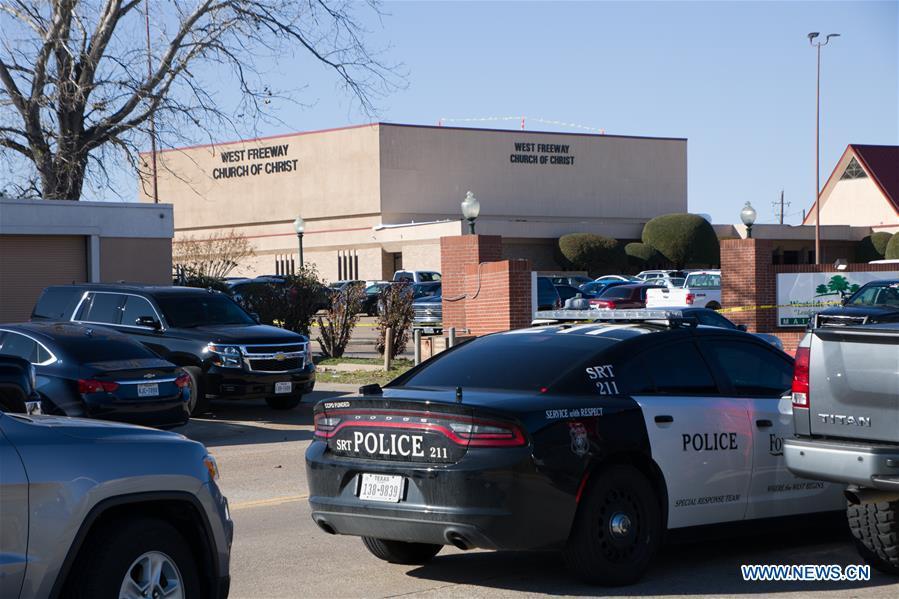