Up to 25 Hashd Shaabi members killed in U.S. attack in western Iraq

BAGHDAD, Dec. 30 (Xinhua) -- The death toll from Sunday's U.S. forces' attack on Hashd Shaabi bases near the border with Syria, rose to 25 and 51 others were wounded, a statement said on Monday.

Jawad Kadhim al-Rebi'awi, a Hashd Shaabi leader, said "the death toll of the attacks that targeted the headquarters of the Hashd Shaabi 45th and 46th Brigades mounted to 25 and 51 were wounded, and that the death toll could rise as many of the wounded are in critical condition," according to the statement.

According to a statement by the media office affiliated with the Iraqi Joint Operations Command, three U.S. airstrikes targeted in the evening headquarters of Hashd Shaabi's 45th Brigade near the border with Syria.

Meanwhile, a U.S. military statement said that U.S. forces attacked five bases of Kata'ib Hezbollah (KH) in Iraq and Syria in response to repeated attacks by KH against U.S.-led coalition forces in Iraq.

The U.S. forces targeted three KH bases in Iraq and two in Syria, the statement said, adding that "these locations included weapon storage facilities and command and control locations that KH uses to plan and execute attacks on coalition forces."

It said that KH has a strong linkage with Iran's Quds Force and has repeatedly received lethal aid and other support from Iran.

Military bases housing U.S. troops across Iraq and the heavily fortified Green Zone in central Baghdad have been frequently targeted by insurgents' mortar and rocket attacks.

On Dec. 14, the U.S. embassy in Iraq accused in a statement Iran's proxies of carrying out attacks on Iraqi military bases where U.S. troops are stationed.

Over 5,000 U.S. troops have been deployed in Iraq to support the Iraqi forces in the battles against Islamic State (IS) militants, mainly providing training and advising to the Iraqi forces.

The troops are part of the U.S.-led international coalition that has been conducting air raids against IS targets in both Iraq and Syria. 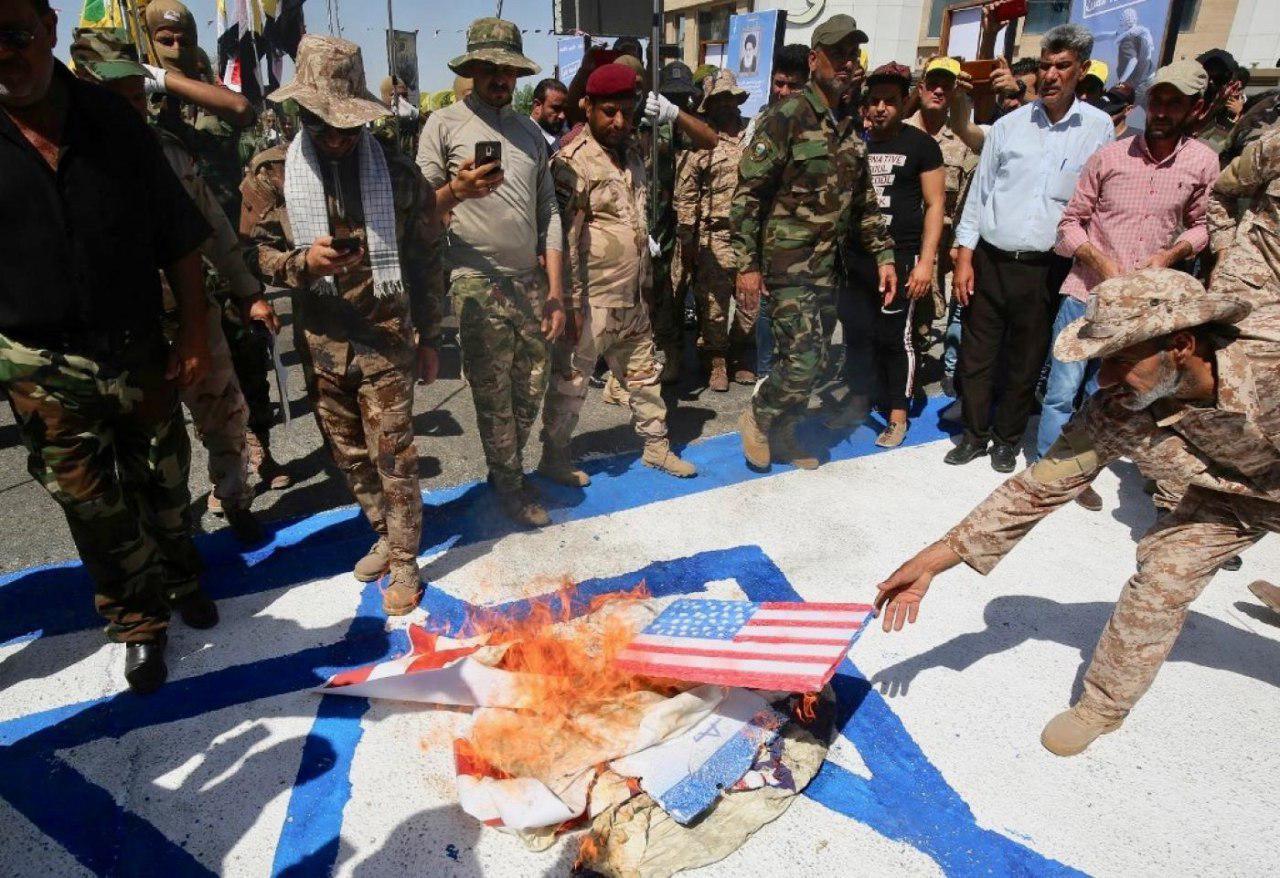