CAIRO, Dec. 30 (Xinhua) -- Egyptian President Abdel Fattah al-Sisi and his French counterpart Emmanuel Macron agreed to intensify cooperation for a political solution to the crisis in Libya, the Egyptian presidency said in a statement on Monday.

During a phone call between the two leaders, al-Sisi highlighted Egypt's support for the Libyan people in achieving security and stability, Presidential Spokesman Bassam Rady said.

The Egyptian stance "is focused on restoring safety and stability in Libya, supporting anti-terrorism efforts, undermining the activities of armed groups and putting an end to the illegal foreign interference in Libya's domestic affairs," Rady noted.

Egypt is concerned about its 1,200 km western border with Libya where the smuggling of arms and militants has been very active since 2011.

Since the ouster and killing of Libya's former leader Muammar Gaddafi in 2011, the North African country has been locked in a civil war that escalated in 2014, splitting power between two rival governments: the UN-backed Government of National Accord (GNA) based in the capital Tripoli and a government in the northeastern city of Tobruk which is allied with the self-proclaimed Libyan National Army (LNA) led by Khalifa Haftar.

Egypt, the United Arab Emirates, France and Russia support Haftar's LNA, while the GNA is backed by Italy and Egypt's regional rivals Turkey and Qatar.

Haftar has been leading a military campaign since early April in and around Tripoli, attempting to take over the city and topple the UN-backed government. 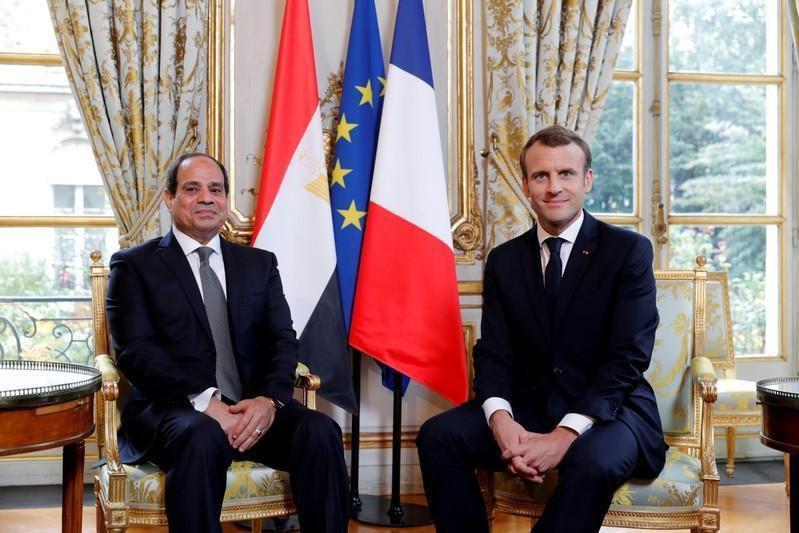