SYDNEY, Jan. 2 (Xinhua) -- Eight people have been confirmed dead as the result of bushfires in southeast Australia this week, with several others still missing and hundreds of homes lost.

Authorities have concerns for at least one person missing in NSW, while an unknown number of people remain missing in Victoria.

The NSW Rural Fire Service (RFS) confirmed that 382 homes had also been lost this week, with that number expected to rise as further assessments are made.

On Monday, a 28-year-old volunteer firefighter from the NSW RFS lost his life while battling blazes and a father and son, aged 29 and 63, were killed while trying to defend their home in the NSW town of Cobargo.

As fires flared on Tuesday, the body of an elderly man was found outside a home in Lake Conjola, further north in NSW.

Two more deceased were discovered on Wednesday in separate burnt out vehicles in Yatte Yattah and Sussex Inlet, and the body of another man was found outside a home near Cobargo in NSW.

In the state of Victoria, authorities confirmed they found the body of a man in a home in the badly affected East Gippsland region.

Thousands of people from that area have been displaced and an extensive relief effort continued on Thursday to provide food and shelter -- involving military ships and aircraft.

Weather conditions were predicted to worsen later in the week exacerbating existing fires.

As of Thursday, in NSW there were 110 fires burning out of control with 50 yet to be contained, while in Victoria there were 38 warnings in place for fires there. 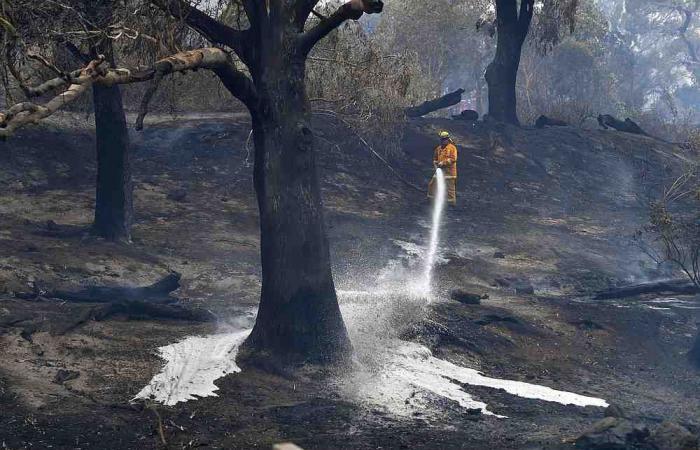