No Change in Adjusted South Korea-U.S. Military Drills to Back Up Denuke Efforts: South Korea

SEOUL, Jan. 2 (Xinhua) -- There has been no change in a position that South Korea and the United States will carry out their joint annual military drills in an adjusted manner to back up diplomatic efforts for the denuclearization of the Korean Peninsula, South Korean defense ministry said Thursday.

Choi Hyun-soo, defense ministry spokesperson, told a press briefing that there has been no change in the position that the South Korea - U.S. joint military exercises will be adjusted and conducted under a close coordination between the two sides to support diplomatic efforts for the denuclearization.

Asked about whether to refrain from staging large-scale military drills in the future, Choi noted that it remained to see how things go, declining to elaborate further.

The war games were replaced by a modified command post exercise, codenamed Dong Maeng, to back up efforts for the complete denuclearization of and the permanent peace settlement on the Korean Peninsula.

The second Kim-Trump summit was held in the Vietnamese capital of Hanoi in February last year, but it ended with no agreement.

Kim and Trump had an impromptu meeting at the inter-Korean border village of Panmunjom last June, agreeing to resume working-level denuclearization negotiations. 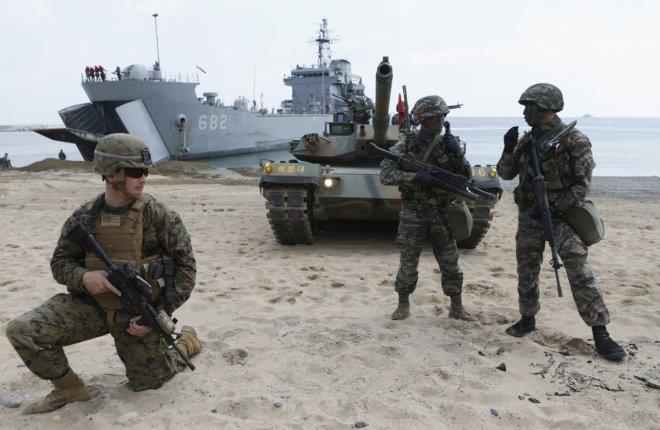