3,000 Australian army reservists called out to assist in bushfire crisis

CANBERRA, Jan. 4 (Xinhua) -- Australian Prime Minister Scott Morrison announced on Saturday that up to 3,000 army reservists will be called out to assist in the bushfire crisis.

Following Saturday's meeting of the National Security Committee, Morrison said in a joint media release that "the task in front of our country today and in the weeks ahead requires us to do whatever it takes".

"The compulsory Call-Out of Australian Defence Force (ADF) Reserve Brigades for the first time in the country's history, together with specialist personnel," according to the media release.

Besides, the government will lease four extra planes to follow a request from the Australasian Fire and Emergency Service Authorities Council for one additional waterbombing aircraft and to meet any further requests.

The HMAS Adelaide, the Navy's largest amphibious ship, has been readied to join in supporting evacuation of citizens from fire-affected areas along the coast line.

"It will mean boots on the ground, planes in the sky and ships out at sea all supporting the bushfire fighting effort and recovery," said the media release on Saturday.

It is also said that Morrison has postponed his state visit to India and his official visit to Japan to stay close to the disaster and recovery operations underway in Australia.

Australia's bushfire crisis, which has seen more than 1,500 homes destroyed and at least 23 confirmed deaths according to The Australian newspaper, were expected to be exacerbated by catastrophic conditions forecast for Saturday.

Temperatures across Victoria and New South Wales (NSW), the two states that have been hardest-hit by fires in recent days, were expected to exceed 40 degrees centigrade on Saturday.

"We are well prepared, well organized and well resourced, but we are also realistic: These fire conditions are unprecedented, and the challenge is formidable," said the media release on Saturday.

"If fierce conditions prevail, today could be a dark day for our country," it added. 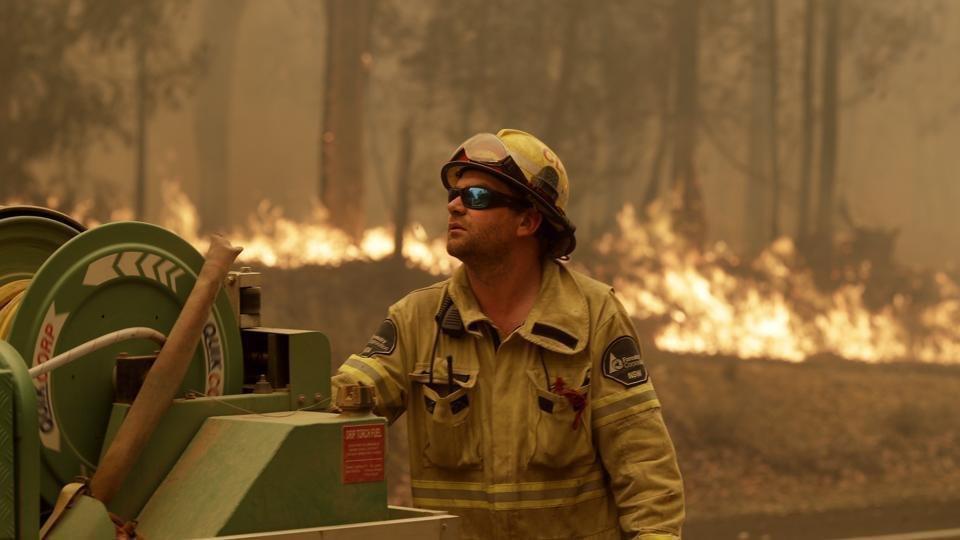