BAGHDAD, Jan. 5 (Xinhua) -- The Iraqi parliament on Sunday passed a draft law requiring the government to end the presence of foreign forces in Iraq and prevent them from using Iraqi airspace and water.

In an extraordinary session, the lawmakers voted with majority in favor of passing a law requiring the government to cancel the request for assistance from the international coalition to fight Islamic State (IS) group due to the end of military operations and war in Iraq.

"The Iraqi government should work to end the presence of any foreign forces in the territories and prevent them from using the Iraqi airspace for any reason," according to the parliament decision.

In addition, the Iraqi government, represented by the foreign minister, should "file a complaint against the United States for its violations and grave breaches of Iraqi sovereignty and security."

The Iraqi caretaker Prime Minister Adel Abdul Mahdi also attended the televised parliament session and addressed the lawmakers, saying "the departure of the U.S. forces from Iraq will be in the benefit of Iraq and the United States, especially after the latest developments."

After the airport attack, Abdul Mahdi called on parliament to hold an extraordinary session to fix the Iraqi official position and take the necessary legislative decisions that would preserve the dignity, security and sovereignty of Iraq.

Over 5,000 U.S. troops have been deployed in Iraq to support the Iraqi forces in the battles against IS militants, mainly providing training and advising to the Iraqi forces. 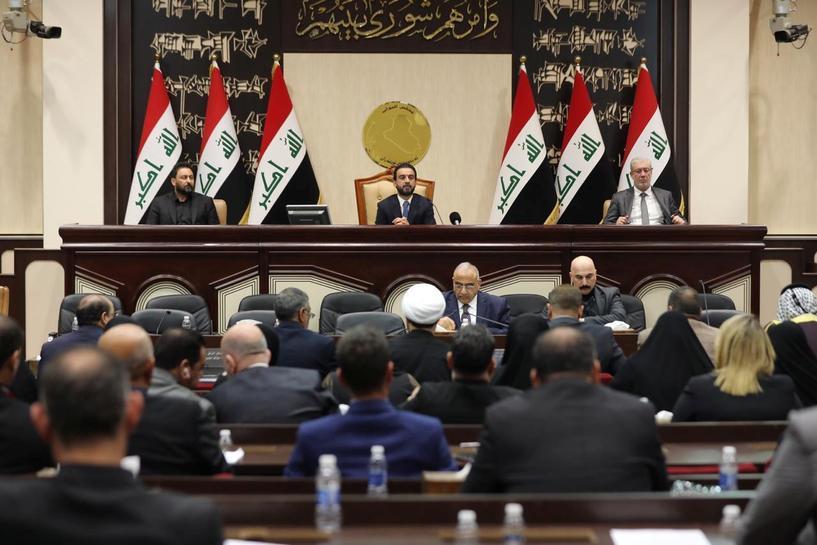