It was not immediately clear if anyone was killed in the accident or if it was connected to flooding in the capital region last week that left more than 60 people dead.

Rescuers carried the injured out on stretchers. "We are still evacuating the victims trapped inside the building," a national search and rescue agency official told local TV.

"We can't say yet what the cause is." Authorities did not immediately respond to requests for comment.

The building is reportedly a mixed residential-commercial space with a convenience store on the ground floor and small rental units on the upper floors. 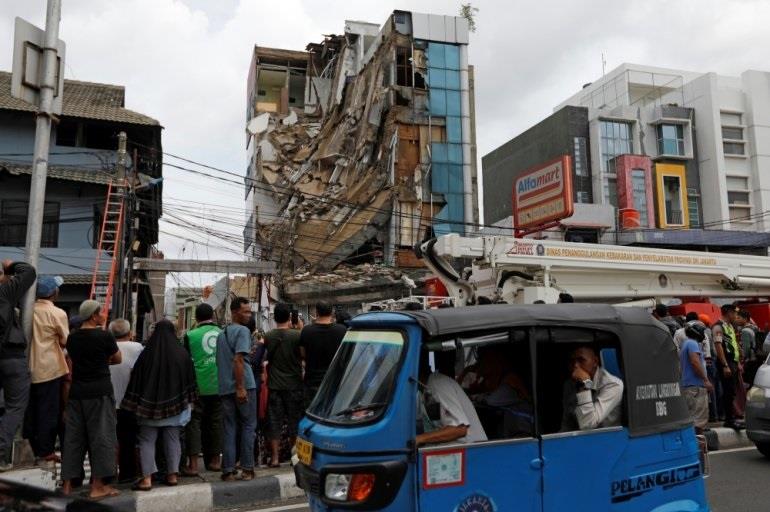