The body of Soleimani was transferred into the University of Tehran on Monday morning, said the report.

On Sunday, a tide of mourners flooded the Iranian city of Ahvaz, weeping and beating their chests in homage to the top general, which came a day after a funeral ceremony in Iraq's capital of Baghdad.

Soleimani and al-Muhamdis were killed in a U.S. airstrike early Friday near Baghdad International Airport, escalating tensions between the U.S. and Iran. 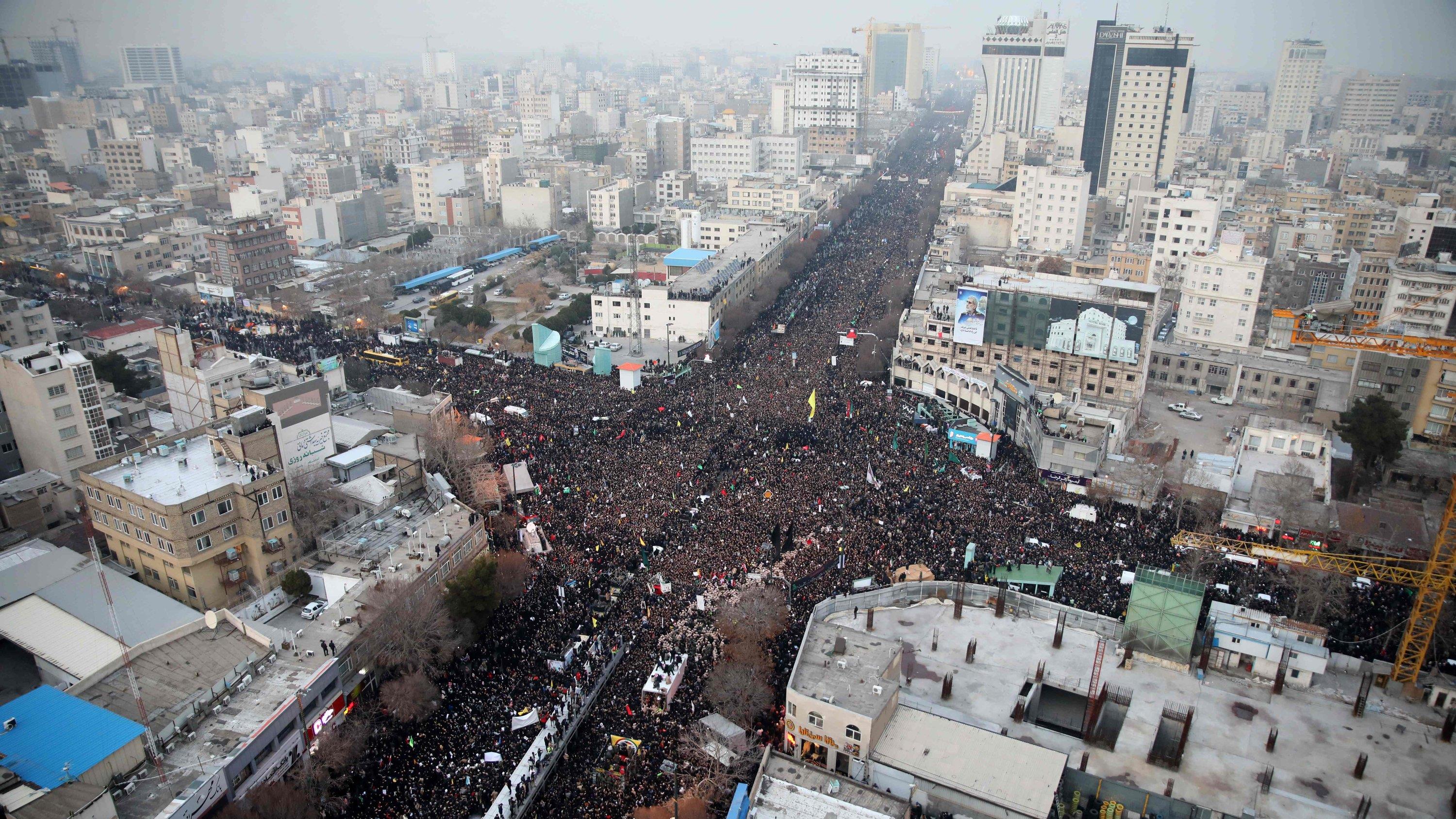