WASHINGTON, Jan. 6 (CGTN) -- The United States has no plans to pull its troops out of Iraq, Defense Secretary Mark Esper said on Monday, following reports of an American military letter informing Iraqi officials about the repositioning of troops in preparation to leave the country.

"There's been no decision whatsoever to leave Iraq," Esper told Pentagon reporters when asked about the letter, adding there were no plans issued to prepare to leave.

"I don't know what that letter is... We're trying to find out where that's coming from, what that is. But there's been no decision made to leave Iraq. Period."

The letter which implies withdrawal was also denied by the U.S. Army General Mark Milley, chairman of the military's Joint Chiefs of Staff who said it was "poorly worded" and meant only to "underscore increase movement of U.S. forces."

The authenticity of the letter, which was addressed to the Iraqi defense ministry's Combined Joint Operations Baghdad and signed by a U.S. general, had been confirmed to Reuters by an Iraqi military source.

Several helicopters could be heard flying over Baghdad on Monday night. It was not immediately clear if this was a related development. The letter said coalition forces would be using helicopters to evacuate.

"Sir, in deference to the sovereignty of the Republic of Iraq, and as requested by the Iraqi Parliament and the Prime Minister, CJTF-OIR (Combined Joint Task Force–Operation Inherent Resolve) will be repositioning forces over the course of the coming days and weeks to prepare for onward movement," the letter stated.

"We respect your sovereign decision to order our departure," the letter said.

Iran's demand for U.S. forces to withdraw from the region gained traction on Sunday when Iraq's parliament passed a resolution calling for all foreign troops to leave the country.

Iraqi caretaker Prime Minister Abdel Abdul Mahdi told the U.S. ambassador to Baghdad on Monday that both nations needed to implement the resolution, the premier's office said in a statement. It did not give a timeline.

Soleimani, along with Abu Mahdi al-Muhandis, deputy chief of Iraq's paramilitary Hashd Shaabi forces, was killed in a U.S. drone attack which caused seven death at Baghdad airport on Friday.

A three-day mourning for Soleimani was held in Tehran nationwide where hundreds of thousands of mourners poured into the streets to pay homage to top Iranian military commander of the Revolutionary Guards' Quds Force. His funeral was held in Tehran on Monday.

Regarded as a step to avenge the commander, Iran announced on Sunday it would abandon limitations on enriching uranium, taking a further step back from commitments to a 2015 nuclear deal with six major powers while Trump has threatened "major retaliation" should any American targets be hit. 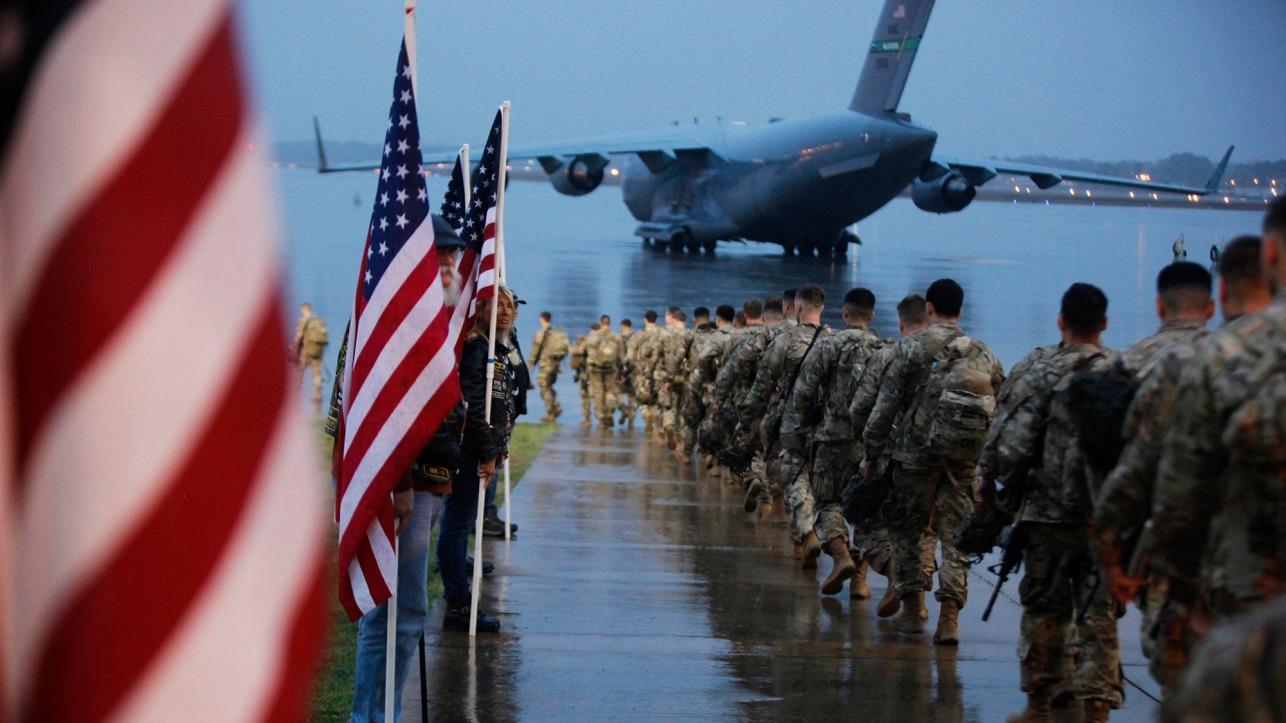