SAN FRANCISCO, Jan. 22 (Xinhua) -- One person was killed and seven others, including a nine-year-old boy, injured in a shooting accident in downtown Seattle, Washington state, local police said Wednesday.

The shooting occurred near Third Avenue and Pine Street in downtown Seattle Wednesday evening, according to the Seattle Police Department (SPD), who believed multiple suspects had fled the scene.

Local media said a woman in her 40s or 50s was killed on the spot during the shooting outside a McDonald's restaurant in the city.

A 55-year-old woman was in critical condition, while the other victims were all male, and were taken to the Harborview Medical Center in Seattle.

The SPD said police officers are investigating the violence, but no arrests have been made.

It has been the third shooting in downtown Seattle since Tuesday, when a 55-year-old man was shot to death at a location near Wednesday's killing. 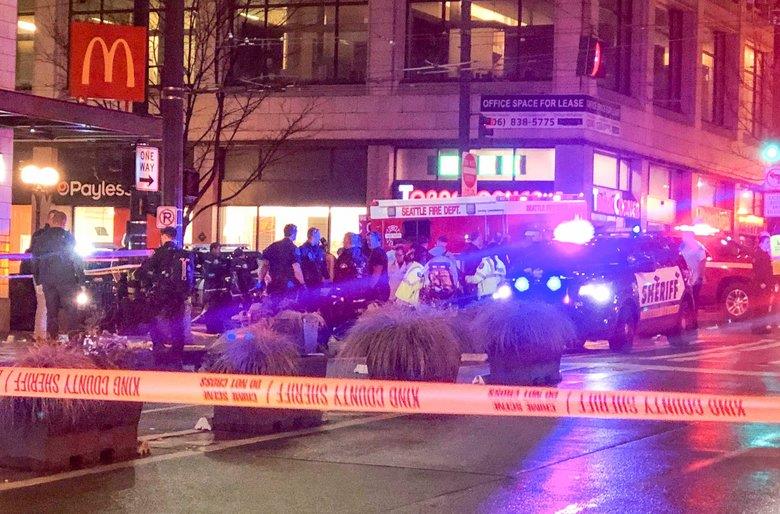