Philippines' Duterte Threatens to End Military Deal with the U.S.

MANILA, Jan. 24 (CGTN) -- Philippine President Rodrigo Duterte warned the United States on Thursday he would repeal an agreement on deployment of troops and equipment for exercises if Washington did not reinstate the visa of a political ally.

Visibly upset, Duterte vented his anger over the U.S. decision to deny entry to Ronaldo dela Rosa, a former police chief who is now a senator.

Dela Rosa said the U.S. embassy in the Philippines did not explain why his visa had been canceled but that he believed it was most likely because of allegations of extrajudicial killings during his more than two-year term as police chief.

Dela Rosa implemented Duterte's anti-narcotics policy, which has resulted in the deaths of drug dealers. Police say victims were shot by officers in self-defense.

"If you do not do the correction, one, I will terminate the bases, the Visiting Forces Agreement (VFA). I will finish that son of a bitch," Duterte said in a wide-ranging speech before former Communist rebels. "I am giving the government and the American government one month from now."

The Visiting Forces Agreement (VFA), signed in 1998, accorded legal status to thousands of U.S. troops who were rotated in the country for military exercises and humanitarian assistance operations.

Delfin Lorezana, Duterte's defense minister, declined to comment when asked if he agreed with the president's plan.

Duterte makes no secret of his disdain for the United States and what he considers its hypocrisy and interference, though he acknowledges that most Filipinos and his military have high regard for their country's former colonial ruler.

The United States is the Philippines' biggest defense ally and millions of Filipinos have relatives who are U.S. citizens.

Last month, Duterte banned U.S. senators Richard Durbin and Patrick Leahy from visiting the Philippines after they introduced a provision in the U.S. Congress. 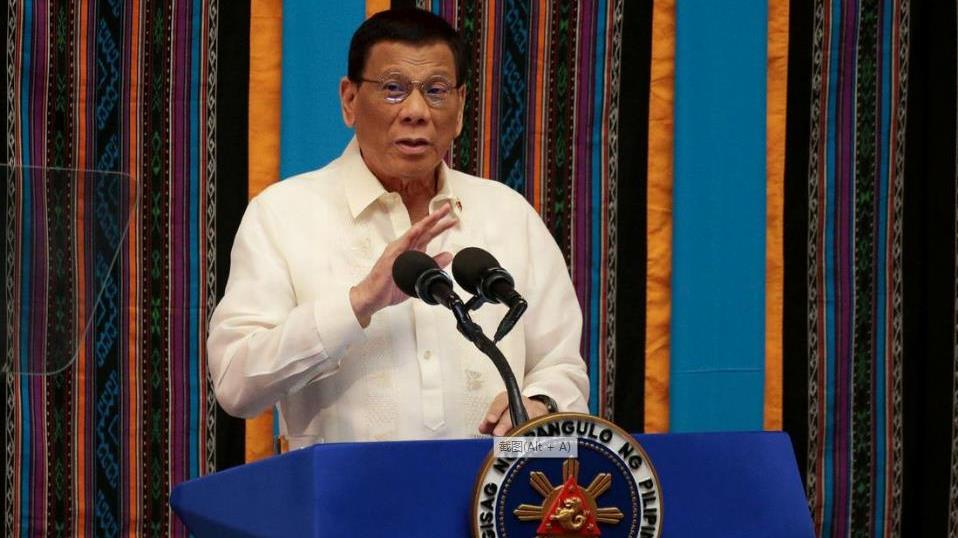