Jaishankar said that India supports the Chinese government and its people's fight against the novel coronavirus epidemic, and admires China's open and transparent manner and responsible attitude in dealing with the epidemic.

For his part, Wang thanked India for its support, adding that the Chinese government and people are sparing no efforts in fighting against the outbreak, with the most comprehensive and strictest measures taken by China, many of which go well beyond the requirements of international health regulations.

By noting that the WHO disfavors imposing travel or trade restrictions on China, Wang said he believes that nations around the world, including India, will respect the WHO's wishes.

He added that China is willing to work with the international community to further cooperate in public health.

When dealing with transnational public health challenges in an age of globalization, Wang said that countries should insist on being objective and rational, and strengthen communication and coordination.

Wang said he disagreed with some countries who trigger tensions and cause panic.

Jaishankar said that India advocates an assessment that is objective and rational and disapproves of measures that might complicate the situation.

The Chinese people are more united when faced with difficulties, said Jaishankar, adding that China will eventually win the battle against the coronavirus outbreak. 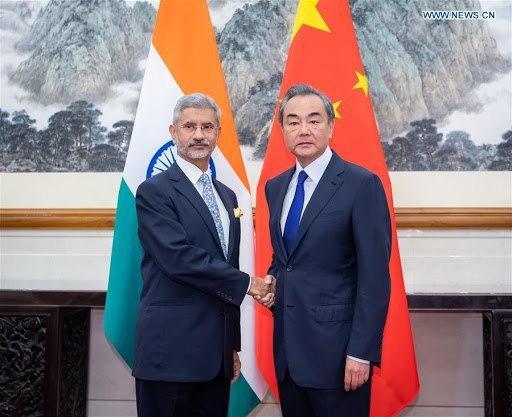