BEIJING, Feb. 6 (CGTN) -- Pregnant women infected with the novel coronavirus may pass it to their unborn child, doctors at the Wuhan Children Hospital said on Wednesday.

The doctors said it was possible after a newborn was tested positive for the virus 30 hours after the infected mother giving birth to the baby on February 2.

The newborn is in stable condition with a lung infection and a bit short of breath. It's not showing symptoms of fever and coughing for now.

But the doctors said most of the babies at Wuhan Children Hospital now did not catch the virus even though the mothers were infected.

All newborns with infected mothers are now being observed and treated at Wuhan Children Hospital. 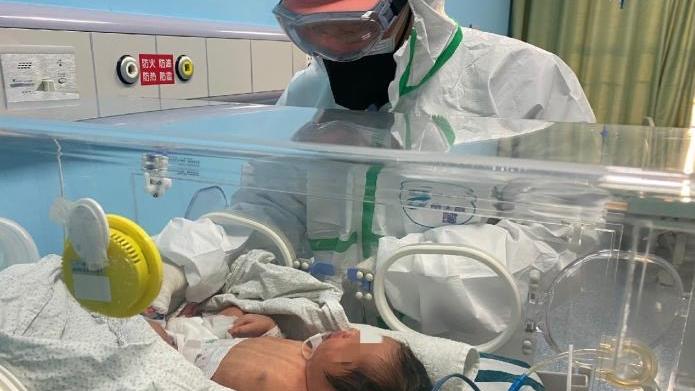