Other local media also reported approximately 60 more cases had been confirmed, raising the number of infected passengers and crew to around 130.

The liner was placed on a two-week quarantine on arriving at Yokohama on Feb 3, after a former passenger who disembarked in Hong Kong last month was diagnosed with the virus.

There were more than 3,700 passengers and crew on the ship when it arrived off Japan's coast last week - this includes five Singaporeans, who reported to be physically well on Friday.​​​​​​​

Dozens have been taken to hospital and around 3,600 people, many of them elderly, were still on board on Sunday.

It was not clear whether Japanese authorities would conduct tests on all of them.

The ship docked in Yokohama on Sunday to resupply for a quarantine that could last until Feb 19.

About 100 said they had a fever or felt unwell, according to the reports.

Passengers on the ship have been asked to stay inside their cabins to prevent new infections with some expressing confusion and frustration.

The number of deaths from China's new coronavirus surged past 900 in mainland China on Monday after the hardest-hit province of Hubei reported 91 new fatalities.

In its daily update, Hubei's health commission also confirmed another 2,618 new cases in the central province, where the outbreak emerged in December. 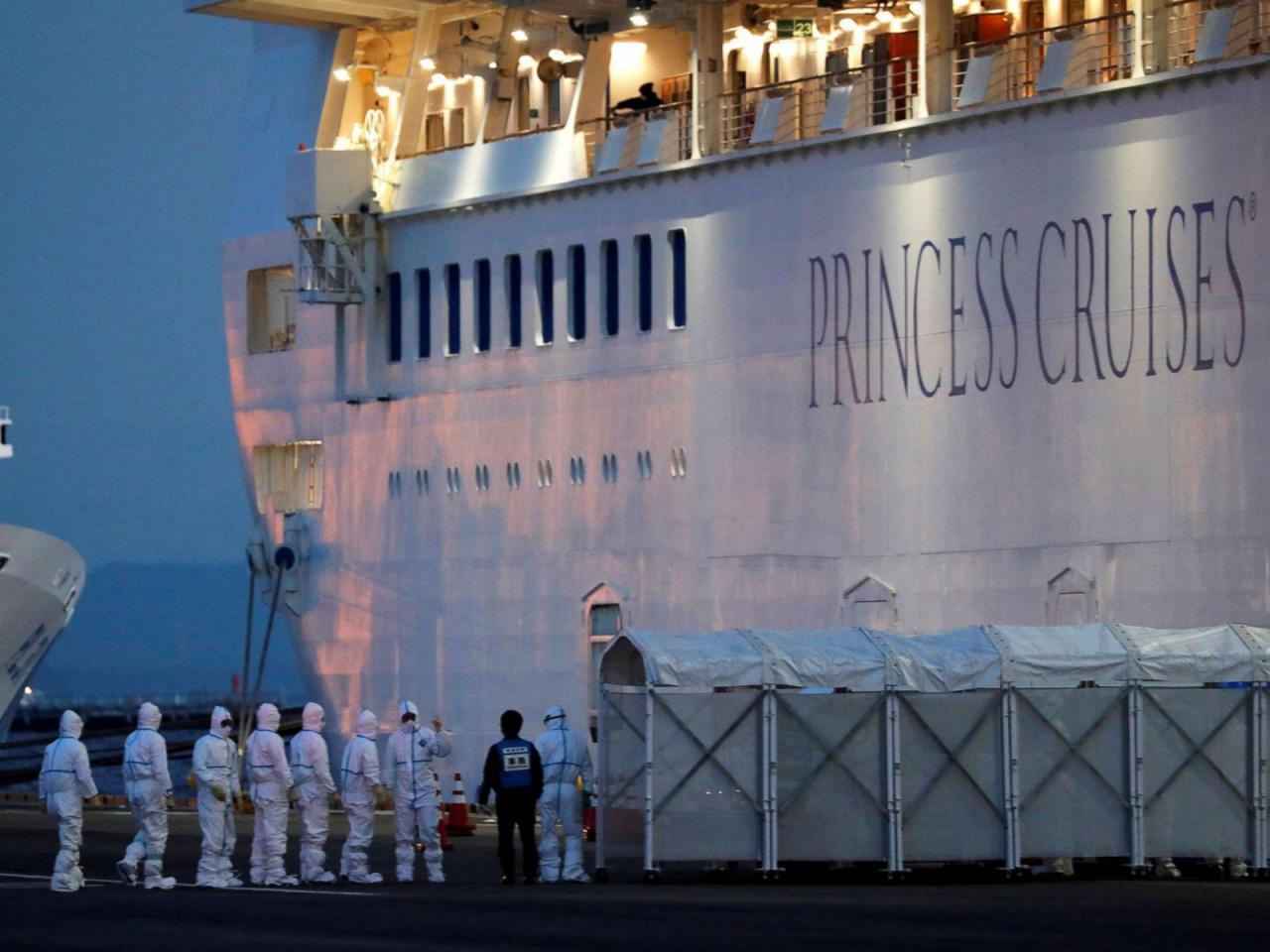