BEIJING, Feb. 13 (CGTN) -- Ying Yong, former Shanghai mayor and deputy party chief of the metropolis, has been appointed Secretary of the Hubei Provincial Committee of the Communist Party of China (CPC), at a time when central China's province has hit hard by the deadly novel coronavirus.

Before his Shanghai experience, the 63-year-old had served as the president of the provincial high court in eastern Zhejiang Province. 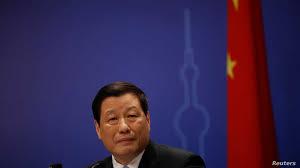