BANGKOK, Feb. 14 (Xinhua) -- Thai police have arrested a gunman who opened fire from a shophouse in downtown Bangkok on Friday morning.

The gunman fired more than 40 gunshots from a shophouse in Pathumwan district of Thai capital Bangkok, but nobody was reportedly killed or injured, according to Metropolitan Police Commissioner Pol. Lt. Gen. Phakkhaphong Phongphetra.

The 44-year-old gunman, dressed in a T-shirt and shorts, fired shots from the sportswear store which he has resided alone in a row of 20 shophouses on Banthat thong Road near Suphachalasai national stadium, according to the police commissioner.

He initially opened fire from the rooftop of his shophouse at a group of teenagers who safely took cover and called the police for help.

Then he fired gunshots to policemen including those from an Arintharat police commando unit as they were laying siege around the scene, but no casualty was reported.

The policemen finally managed to arrest the gunman and brought him to Pathumwan police station for investigation.

Last Saturday, an army gunman opened fire with an assault rifle in an unprecedented shooting rampage in which 30 people were killed and more than 50 others injured at Terminal 21 shopping mall and elsewhere in Nakhon Ratchasima province.

The gunman, an army sergeant major, was gunned down and killed by police commandos nearly 18 hours later. 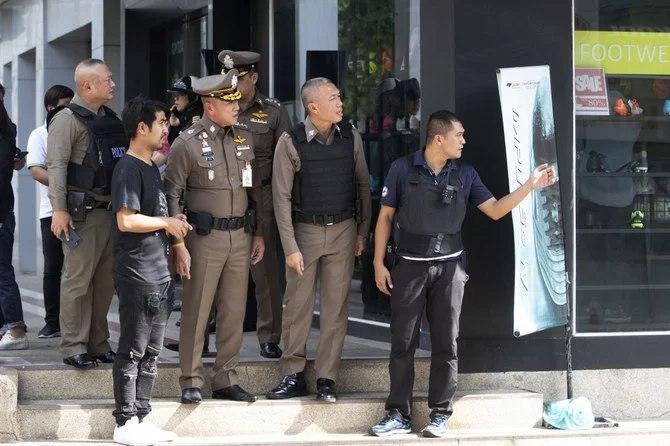