SEOUL, Feb. 19 (CGTN) - Former South Korean president Lee Myung-bak was sentenced Wednesday to 17 years in jail over a set of corruption charges, including bribery and embezzlement in connection with his brother's auto parts company DAS.

At the second hearing, the Seoul Central District Court sentenced Lee, who served as the country's head of state from early 2008 to 2012, to 17 years in prison and a fine of 13 billion won (11 million U.S. dollars).

The Seoul High Court also decided to lift the bail on Lee, bringing him back into custody. In March 2019, Lee was released on bail on health concerns, Yonhap reported.

In January, the prosecution demanded a 23-year prison term for Lee, condemning him for not repenting for his wrongdoings and blaming others to avoid responsibility.

A lower court found that Lee was the de facto owner of DAS and that he used his presidential power to benefit the firm and himself, including accepting 8.5 billion won in bribes, said Yonhap.

Throughout his political career, Lee was dogged by suspicions over whether he is the real owner of DAS, which the 78-year-old has flatly denied. 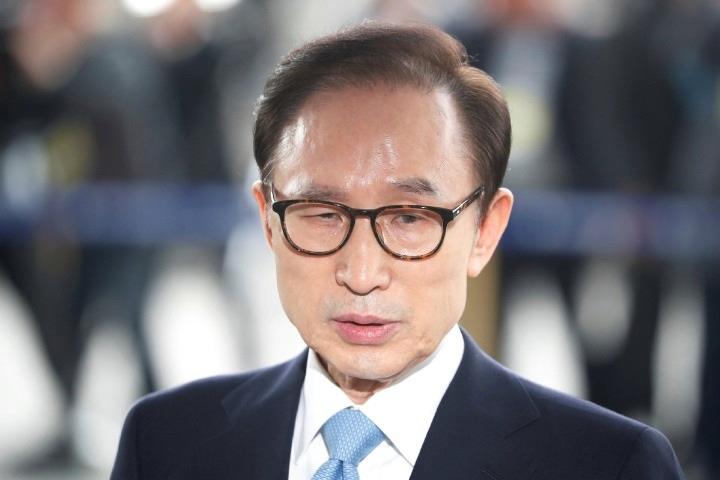