Of the new cases, 115 were linked to a church in the southeastern city of Daegu after a 61-year-old woman known as "Patient 31" who attended services there tested positive, according to the Centres for Disease Control and Prevention (KCDC).

KCDC also reported that the seventh death from the virus was a 62-year-old man from a hospital in Cheongdo - a county that saw surges in confirmed cases along with nearby Daegu in recent weeks.

Authorities are still investigating the exact cause of the new outbreak, with Patient 31 having no recent record of overseas travel.

President Moon Jae-in on Sunday said that the government "will raise the alert level to the highest level of 'grave' according to experts' recommendations and drastically strengthen our response system."

He also urged officials not to hesitate from taking "unprecedented powerful measures" to contain the outbreak.

South Korea has seen a rapid surge in the number of coronavirus cases in recent days after a cluster of infections emerged from a religious sect in the southern city of Daegu last week.

The escalation in the alert level allows the government to send extra resources to Daegu city and Cheongdo county, which were designated "special care zones" on Friday.

The alert level also enables the government to forcibly prevent public activities and order the temporary closure of schools, the health ministry said, though it gave few details of immediate measures.

The outbreak has forced South Korean tech giant Samsung Electronics to suspend operations at its smartphone plant in Gumi, 200km southeast of Seoul, after one of its employees was infected at the weekend. 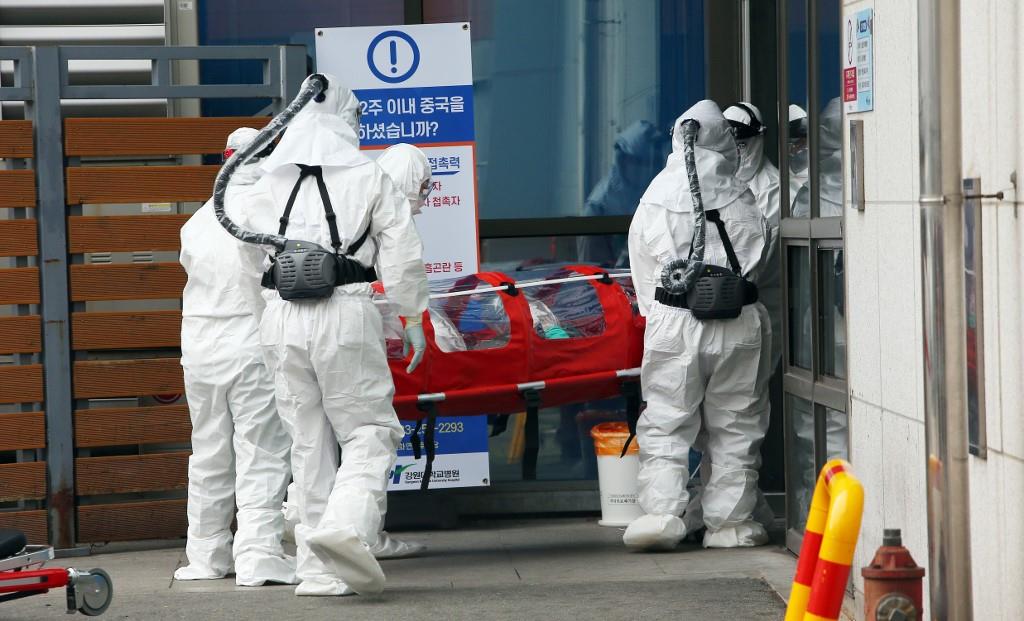