KUALA LUMPUR, Feb. 25 (CNA) - Members of Parti Pribumi Bersatu Malaysia (Bersatu) have rejected Dr Mahathir Mohamad's resignation as the party's chairman and have pledged their support behind him to become prime minister of Malaysia.

"We have just finished a special meeting among senior party members and among the things that were discussed just now were that we, the supreme council, reject Tun Mahathir's letter of resignation as party chairman," said Mr Marzuki.

He added that "all of the MPs in Bersatu" will continue to support Dr Mahathir as prime minister of Malaysia.

During this period, Dr Mahathir will take care of the country’s administration until a new prime minister is picked and the Cabinet is formed.

Mr Marzuki added that the party would also like to quash any suggestions that any of its MPs or leaders have been kicked out of the party.

"We are all intact, we are still standing in line and we built this party and we will face any difficulties together," he added.

Around 100 Bersatu supporters also gathered outside the building, cheering whenever a party member exited and left the premises.

Mr Marzuki added that the decision to leave Pakatan Harapan was made by senior members.

"Now, we have left Pakatan Harapan, and now Tun Mahathir has left it to the Dewan Rakyat to decide if he should be the prime minister of Malaysia. Hence, this is not a question of (us working with) UMNO or PAS or other parties. It's up to the the MPs to support Tun to remain as prime minister," he said. 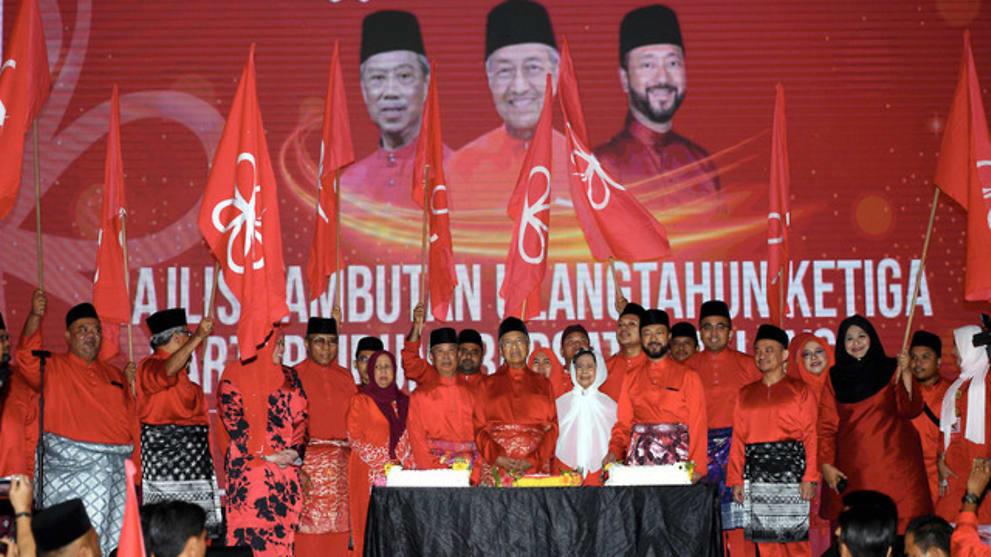