WASHINGTON, Feb. 24 (CGTN) - The U.S. Centers for Disease Control and Prevention (CDC) said on Monday that there are now 53 confirmed cases of the COVID-19 in the United States.

CNN reported that these include 36 people who were earlier aboard the Diamond Princess, the cruise ship quarantined off Japan, three people repatriated from China and 14 domestic cases.

President Donald Trump said on Tuesday that the coronavirus was under control in the United States, and added that he thought the stock market, which tumbled on Monday on worries over the fast-spreading disease, was "starting to look very good to me!"

"The Coronavirus is very much under control in the USA," Trump, who is visiting India, said on Twitter.

"We are in contact with everyone and all relevant countries. CDC & World Health have been working hard and very smart. Stock Market starting to look very good to me!" he said.

CDC prepares for a virus pandemic

U.S. health officials are preparing for the possibility of the COVID-19 becoming a pandemic, said the CDC.

"The CDC is operationalizing all of its pandemic preparedness and response plans, working on multiple fronts to meet these goals, including specific measures to prepare communities to respond local transmission of the virus that causes (the) COVID-19," said a statement published by the CDC.

"We're not seeing community spread here in the United States yet, but it's very possible, even likely, that it may eventually happen," Dr. Nancy Messonnier, director of the CDC's National Center for Immunization and Respiratory Diseases, told reporters on a conference call.

The CDC is collaborating with supply chain partners, hospitals, pharmacies and manufacturers to understand what medical supplies are needed, she said.

The WHO chief said Monday that although the COVID-19 has the potential to become a global pandemic, it has yet to reach that level, based on WHO assessment.

"Does this virus have pandemic potential? Absolutely, it has. Are we there yet? From our assessment, not yet," said WHO Director-General Tedros Adhanom Ghebreyesus at a daily briefing.

The coronavirus outbreak was first reported in the city of Wuhan, central China's Hubei Province, in December 2019. So far there are 77,269 confirmed cases in China and 2,271 abroad.

The White House plans to spend a total of 2.5 billion U.S. dollars for fighting the deadly new coronavirus as infections mushroom around the globe, the U.S. media reported Monday.

In a request to the Congress, President Trump's administration asked for 1.8 billion U.S. dollars in emergency spending, according to The Washington Post.

The White House said it expected to draw additional money from other agencies throughout the government, as well as from the reprioritization of Health and Human Services funding, for a total of 2.5 billion U.S. dollars.

The funds will be spent on areas such as laboratory tests, quarantine, vaccine research and development as well as for supporting affected states, The Washington Post said.

Democrats immediately slammed the request as too low, and the House Appropriations Committee released a statement calling it "woefully insufficient." 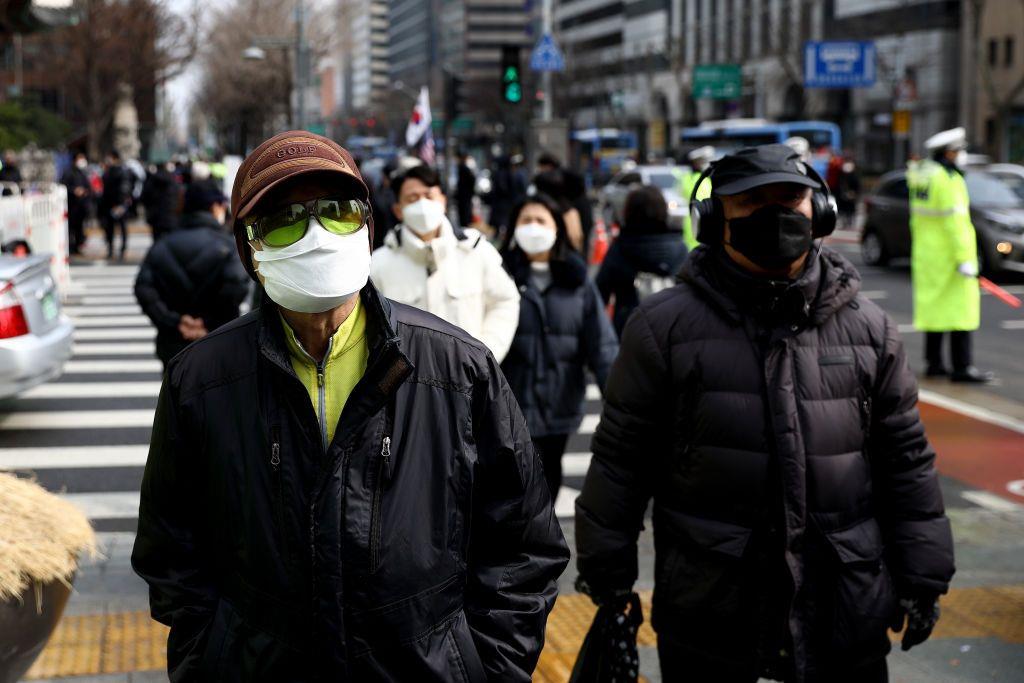