Singapore must not let guard down amid stable COVID-19 situation: PM

SINGAPORE, Feb. 29 (Xinhua) -- Singapore is currently in a "relatively stable" situation amid the ongoing COVID-19 outbreak, but it must not let its guard down, Prime Minister Lee Hsien Loong said on Saturday.

Speaking at the launch of the "SINGAPO人: Discovering Chinese Singaporean Culture" exhibition at the Singapore Chinese Cultural Centre (SCCC), Lee said that after Singapore's "strong efforts to contain the virus," it is in a relatively stable situation.

"But we must not let our guard down, as we are not out of the woods yet. A resurgence in cases is still possible," he said.

It is "heartening to see that the outbreak is gradually being contained in China," the prime minister said.

Noting how Singapore had its first confirmed case of the COVID-19 just over a month ago, Lee said the government has put in place a series of measures and adjusted them accordingly as the situation evolved.

In his speech, Lee thanked Singaporeans for their support and understanding during this period while they are going about their daily lives as "normally as possible."

He also said that the ongoing COVID-19 outbreak has affected many countries and regions around the world.

These include Europe, the Middle East, South Korea and Japan, which have all seen a spike in new cases, he said.

Lee noted this is not the first time Singapore is facing a public health emergency, as it has previously undergone SARS in 2003, and more recently H1N1, dengue and zika.

Likewise, Singapore has faced much greater challenges over the last 70 years, such as war and two financial crises, but it continues to be undaunted by them, he said.

Each setback tested Singapore's resilience and Singapore has recovered and emerged stronger than before, he said.

As Singapore looks ahead, there will be new challenges that will require "our resolve, resourcefulness and cohesion" to overcome, said Lee.

A united and resilient society, where people support and look out for each other, will be able to pull through in times of difficulty, he added. 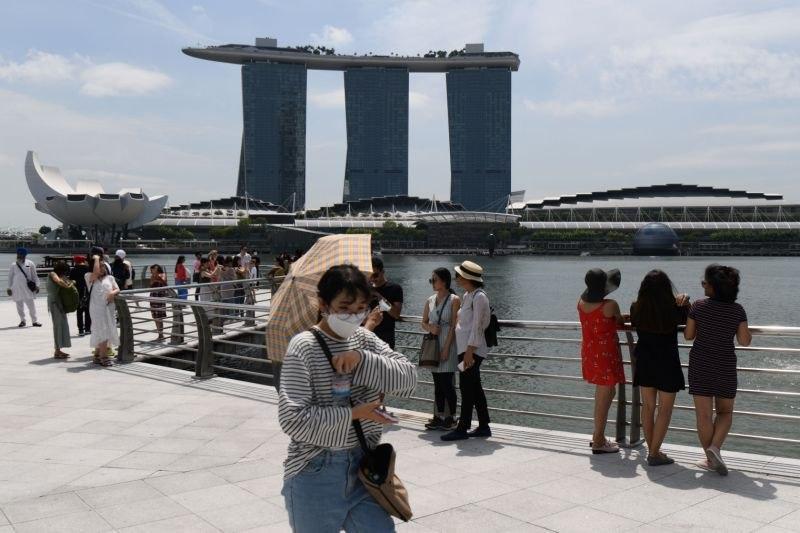