First US Death from COVID-19 Confirmed in Washington State

WASHINGTON, March 1 (CNA) - A Washington state man in his 50s with underlying health issues became the United States' first fatality from the coronavirus, officials said on Saturday (Feb 29), as the Trump administration stepped up efforts to combat the spread of the global outbreak.

The patient, who was chronically ill prior to contracting COVID-19, died at EvergreenHealth Hospital in Kirkland, near Seattle, and officials are unsure how he was exposed to the virus, said Jeffrey Duchin, head of the Washington health department's communicable disease unit.

President Donald Trump urged Americans not to panic over the novel coronavirus after the death was confirmed.

The virus has now hit 61 countries across the globe, prompting the World Health Organization to raise its risk assessment to its highest level.

Worldwide, more than 2,900 people have been killed and nearly 86,000 infected since it was first detected in the central Chinese city of Wuhan late last year.

Its rapid spread beyond China's borders in the past week has caused stock markets to sink to their lowest levels since the 2008 global financial crisis over fears the disease could wreak havoc on the world economy.

But global attention shifted Saturday to the United States, after authorities in the West Coast state of Washington confirmed the first fatality on American soil - and President Donald Trump hastily called a press conference to address fears. 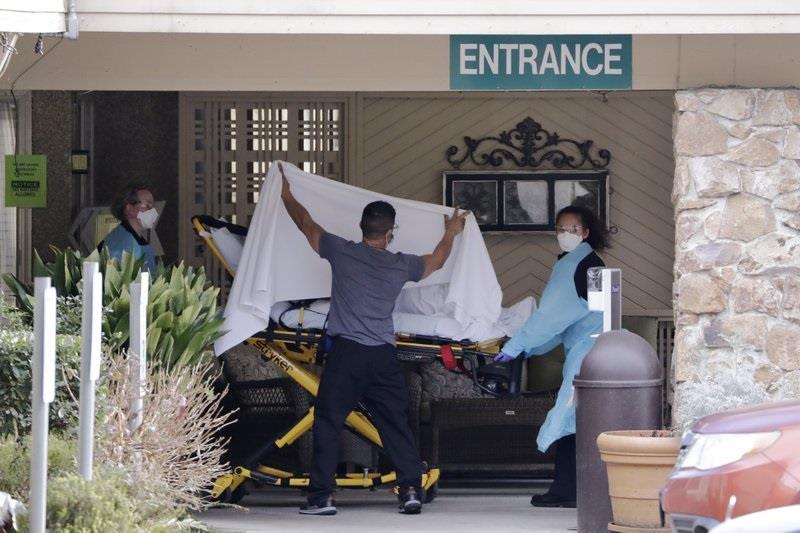