Posting on his Facebook page, Mr Lee said that he has spoken to Mr Muhyiddin on the phone to congratulate him.

He recounted that he had first met Mr Muhyiddin in 1985, when he accompanied Dr Tony Tan, then Singapore’s Minister for Trade and Industry, to Kuala Lumpur for an Association of Southeast Asian Nations (ASEAN) Economic Ministers’ Meeting.

Mr Muhyiddin, then the Deputy Minister in the Malaysian Ministry of Trade and Industry, had received them at the airport, said Mr Lee.

“Since then, we have had many opportunities to work with Tan Sri Muhyiddin, both at the Federal level in his various Cabinet appointments, and when he was Menteri Besar of Johor,” said Mr Lee.

“I am confident that Singapore’s long-standing and multi-faceted relationship with Malaysia will grow under Tan Sri Muhyiddin’s leadership, and benefit both our peoples.”

Mr Lee added: “I invited Tan Sri Muhyiddin to visit Singapore soon, and look forward to meeting him again. We will have much to discuss, especially in this challenging global environment.”

Mr Muhyiddin was sworn in as Malaysia’s eighth prime minister on Sunday morning, following a week of political upheaval.

On Saturday, a palace statement said that the king, after meeting all members of parliament (MPs), found that the parliamentarian who was likely to command the majority was Mr Muhyiddin, the Pagoh MP. 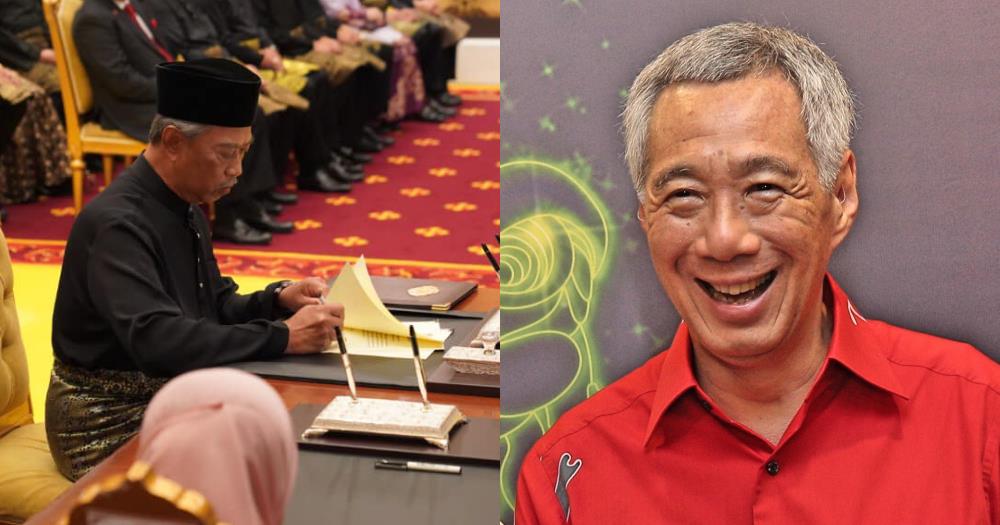