Malaysian PM Muhyiddin Says He Stepped Forward to 'Save the Situation', Denies Allegations of Being Traitor

KUALA LUMPUR, March 3 (CNA) - Mr Muhyiddin Yassin said he stepped forward to “save the situation” as the other prime minister candidates did not command majority support in the Malaysian parliament, while denying allegations that he was a traitor.

In his maiden speech as Malaysia’s eighth prime minister on Monday (Mar 2), he also pledged to build a clean government that has integrity and is free of corruption.

“I know there are people who are angry at me. As predicted, there are certain quarters who call me a traitor.

“Listen carefully. I am not a traitor. My conscience is clear that I am here to save the country from continuous turmoil,” he said in a televised address.

Mr Muhyiddin was sworn in on Sunday after a week-long power struggle in Putrajaya, which was triggered by Dr Mahathir Mohamad's resignation as the seventh prime minister.

The palace issued a statement on Saturday, saying the king had found that Mr Muhyiddin likely commanded the support of the majority of the Members of Parliament (MPs).

This, however, is disputed by Dr Mahathir, who claims that he commands a majority and has called for an early parliamentary sitting so that lawmakers can express officially whether they support Mr Muhyiddin.

In his speech, Mr Muhyiddin explained that he has never hoped for the prime minister post.

The opportunity only arose when both prime minister candidates failed to obtain the majority support of the House, and his name was nominated by Bersatu MPs and other party leaders who believed he commands the majority.

"I had taken time to think deeply before making a decision. What choices did I have? To continue supporting Dr Mahathir who did not have majority support or to accept the nomination as prime minister?

"If I continued to support Dr Mahathir, the political tumult will be prolonged. There are chances that parliament will be dissolved and a general election will be held," he said. 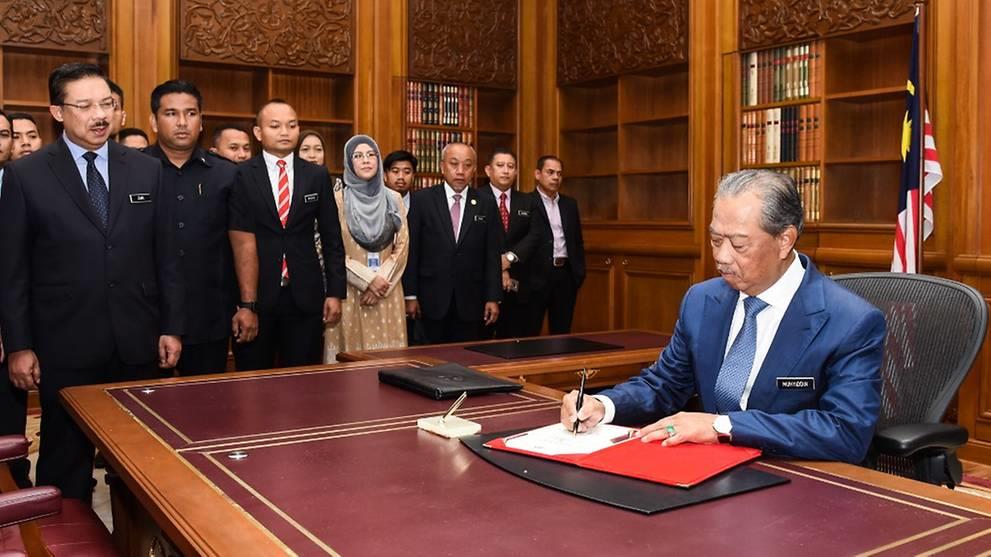