SEOUL, March 3 (Yonhap) -- South Korea's new coronavirus caseload approached 5,200 on Tuesday, with an alarming cluster of infections continuing to swell in the southeastern city of Daegu. President Moon Jae-in declared a "war" on the fast-spreading virus.

The 374 new cases, which were identified over the past 16 hours on Tuesday, brought the nation's total number of infections to 5,186, the Korea Centers for Disease Control and Prevention (KCDC) said.

Tuesday's additional cases followed 600 new cases on Monday and the nation's sharpest daily spikes of 1,062 on Sunday and 813 on Saturday.

So far, 28 people, mostly patients with underlying illnesses, have died in South Korea from the respiratory virus that emerged in China late last year. Daegu, the epicenter of the virus outbreak here, reported one more death from the virus earlier in the day, but the new death was not included in an official update.

The KCDC said 56.1 percent of confirmed cases nationwide have been linked to a branch of the Shincheonji religious sect in Daegu, the country's fourth-largest city with a population of 2.5 million. 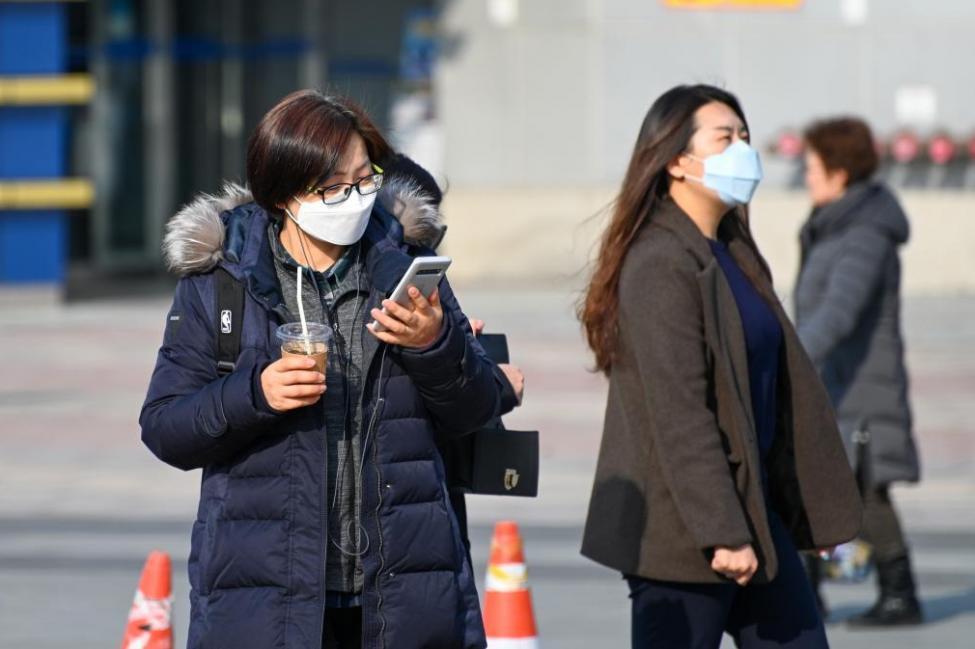