SYDNEY, March 3 (Xinhua) -- An increase in the number of COVID-19 cases in Australia does not indicate a more widespread outbreak of the disease, New South Wales (NSW) Chief Health Officer Dr Kerry Chant said on Tuesday.

Australia had recorded 38 cases as of Tuesday, however, Chant said that the number is primarily the result of people travelling from overseas and reflects a higher number of cases globally, rather than a local spread.

"The fact that we have identified an increasing number of cases from travellers overseas I think reflects the evolving situation in those countries," Chant said.

"We've been able to diagnose these cases, institute isolation and quarantine any contacts with these cases to prevent further transmission."

Chant said that health officials were also hopeful they had successfully isolated two patients who contracted the disease within Australia.

On Monday a 41-year-old woman and a 53-year-old male healthcare worker became the first person-to-person recipients of COVID-19 recorded on Australian soil.

The woman was the sister of a man who had travelled from Iran with the virus, while the man in his 50s was a health care worker and it is unknown whether he caught the disease during his work duties or from within the community.

Chant said that while health officials' main aim was to identify and isolate individual cases of the disease, they were also putting plans in place should community transmission become widespread in coming months.

Official advice to the public was to wash hands thoroughly, self isolate if showing flu-like symptoms and to seek advice about whether testing is necessary.

While some members of the public had taken the measure of stocking up on household items such as toilet paper, Chant said this was not necessary, adding that health officials' advice would adapt to the developing situation. 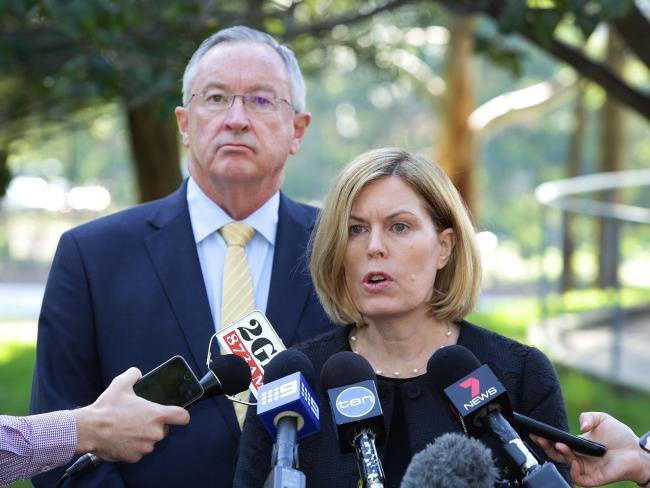