The figure did not include recoveries or fatalities, whose numbers were provided separately.

"We have 160 people today who have recovered, which marks an increase by 11 cases compared to Monday," Civil Protection Department chief and extraordinary commissioner for the coronavirus emergency Angelo Borrelli told a televised press conference at 6 p.m. local time.

"The total number of fatalities is 79, which shows a rise by 27 cases (also on daily base)," he added.

As in the latest days, the Health Ministry specified the total of 79 fatalities "will be definitely confirmed only after the Superior Institute of Health will ascertain the effective cause of death."

Lombardy, Veneto, and Emilia-Romagna remained the regions worst hit by the epidemic -- all three together counting for 88 percent of the 2,263 cases, according to data provided by commissioner Borrelli.

"Of these cases, some 1,000 people are currently under house quarantine, 1,034 are hospitalized with symptoms, and further 229 -- or about 10 percent of all those who are tested positive -- are in intensive care," Borrelli explained.

Under the rules Italy has been implementing to contain and prevent the coronavirus epidemic, people are put under house quarantine when they are asymptomatic, or have light symptoms and do not need hospital treatments.

Borrelli said over 400,000 face masks were distributed to hospitals in the most affected regions in the last week.

In a separate televised press conference from Milan in late afternoon, Lombardy's regional president Attilio Fontana said the first requests for financial support to entrepreneurs in the region were submitted to the central government on Tuesday.

"Such proposals are being elaborated also in coordination with the other two most-hit regions, Veneto and Emilia-Romagna," Fontana said.

Lombardy's authorities also reassured the regional health system was being strengthened in order to bear the burden of the emergency.

"The total number of beds in intensive care units has been increased by 103 in the last week, and they add to some 900 so far available," Lombardy Welfare Councillor Giulio Gallera said.

Eleven municipalities remained under lockdown in quarantined areas due to coronavirus outbreaks, and specifically ten small towns in Lombardy and one in Veneto.

After first emergency measures were passed last week to help businesses and households in the quarantined areas, Italian Prime Minister Giuseppe Conte's cabinet was at work to define a larger package of supportive measures. 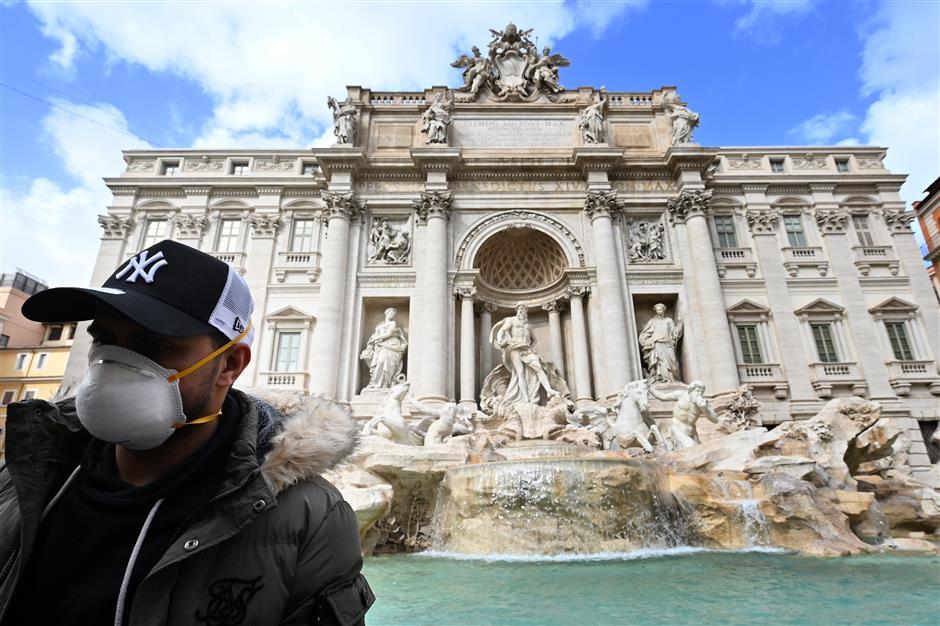