WASHINGTON, March 6 (Xinhua) -- U.S. President Donald Trump on Friday signed into law a 8.3-billion-dollar emergency funding package the Congress approved earlier this week, as the spread of the COVID-19 requires urgent support from the federal government.

The U.S. Senate overwhelmingly passed the funding package on Thursday, following a similar bipartisan approval by the House of Representatives a day earlier.

The bill, negotiated by leaders from both Senate and House appropriations panels, will boost funding for the testing of the virus, support the development of vaccines, as well as lower costs for medical treatments.

The plan includes nearly 7.8 billion dollars in new funding to combat the spread of the virus at the local, state, national and international levels, and it also authorizes 500 million dollars to allow Medicare beneficiaries to access telehealth programs.

The funding package was signed into law as fears of virus spreading are growing among Americans, with over 300 confirmed cases and over 10 deaths reported in the United States as of Friday, according to data tracking tool developed by the Johns Hopkins University.

The funding plan is significantly larger than the request from the White House, which initially asked for 2.5 billion dollars to fight the ongoing spread of the disease.

In a tweet Thursday, Senate Minority Leader Chuck Schumer, a New York Democrat, called the Trump administration's proposal "dangerously inadequate," noting that the House and Senate have come together in a bipartisan way "on an important first step" to deal with this crisis.

Senator Richard Shelby, chairman of the Senate Appropriations Committee, said in a statement Thursday that the 8.3-billion-dollar funding packing "includes what our experts say they need."

"It attacks the crisis at the local, state, federal, and international levels," said Shelby, an Alabama Republican. "And it brings to bear the full resources of the federal government." 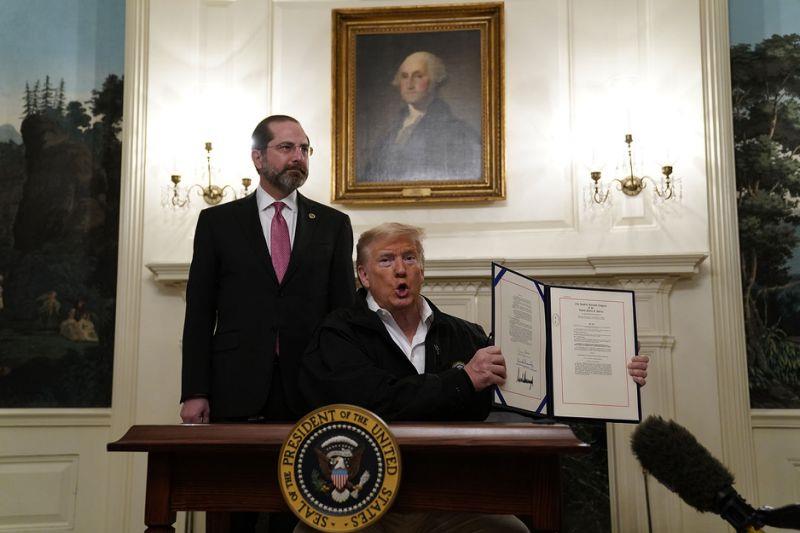