As of 4:00 p.m. local time, the number of infected patients totaled 7,313, up 179 from the previous announcement as of midnight. The death toll was unchanged at 50.

Thirty-six patients were in critical conditions, raising a possibility for the fatality increase. The fatality rate stood at 0.7 percent, with the readings for those in their 70s and those in their 80s or higher gaining to 4.4 percent and 6.6 percent each.

Twelve more patients were discharged from quarantine after making full recovery, raising the combined number to 130.

The Korea Centers for Disease Control and Prevention (KCDC) has updated the data twice a day at 10:00 a.m. and 5:00 p.m. local time.

The virus infection soared for the past 18 days, with 7,103 new cases reported from Feb. 19 to March 7. The country has raised its four-tier virus alert to the highest "red" level.

The total number of infections in Daegu, about 300 km southeast of Seoul, and its surrounding North Gyeongsang province increased to 5,381 and 1,081 respectively as of midnight. It accounted for about 90 percent of the total.

The numbers in Seoul and its surrounding Gyeonggi province were 120 and 141 each.

Daegu became the epicenter of the viral spread here as the biggest cluster of infections was found in the metropolis with a 2.5-million population. Daegu has been designated by the government as a "special care zone." 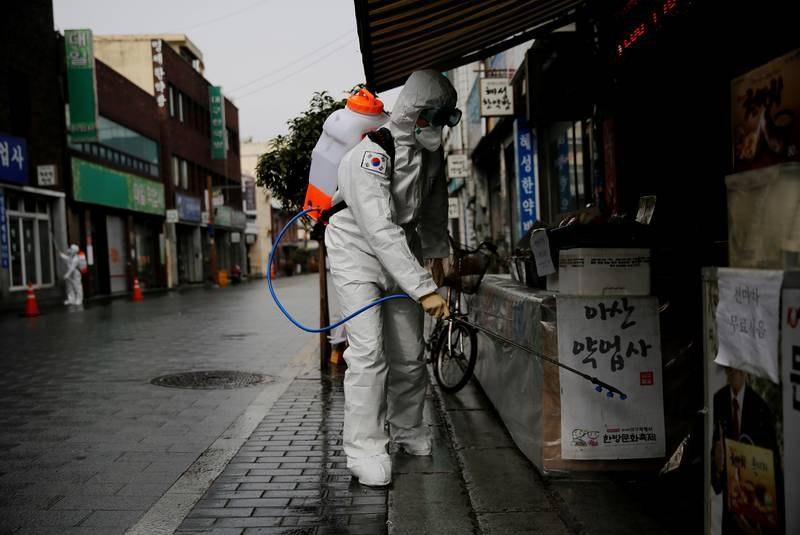