Embassies Close in DPRK as Diplomats Evacuated over Coronavirus

PYONGYANG, March 9 (CGTN) - Several embassies in the Democratic People's Republic of Korea (DPRK) closed on Monday as many diplomats were flown out following weeks of tight quarantine restrictions imposed by Pyongyang over the spread of the novel coronavirus (COVID-19).

The DPRK so far has not confirmed a single infection but it has imposed strict rules, including closing its borders and putting thousands of its nationals into quarantine.

Hundreds of foreigners including diplomats were also asked to stay in their own premises. Russian ambassador Alexander Matsegora described the conditions as "morally crushing."

The restrictions were eased last week and more than 200 foreigners were allowed to leave their compounds.

Monday's evacuation comes after reports that a special flight was being arranged to fly diplomats and other foreigners from Pyongyang to the Russian city of Vladivostok.

"Sad to say farewell this morning to colleagues from German Embassy and French Office #NorthKorea (DPRK) which are closing temporarily," tweeted Colin Crooks, the British ambassador to Pyongyang, adding that his embassy would remain open.

The Vladivostok airport website showed an Air Koryo flight JS 271 had arrived from Pyongyang at 10:49 am local time (0049 GMT).

It was not immediately clear how many diplomats were on board, but previous reports said around 60 people would be evacuated. 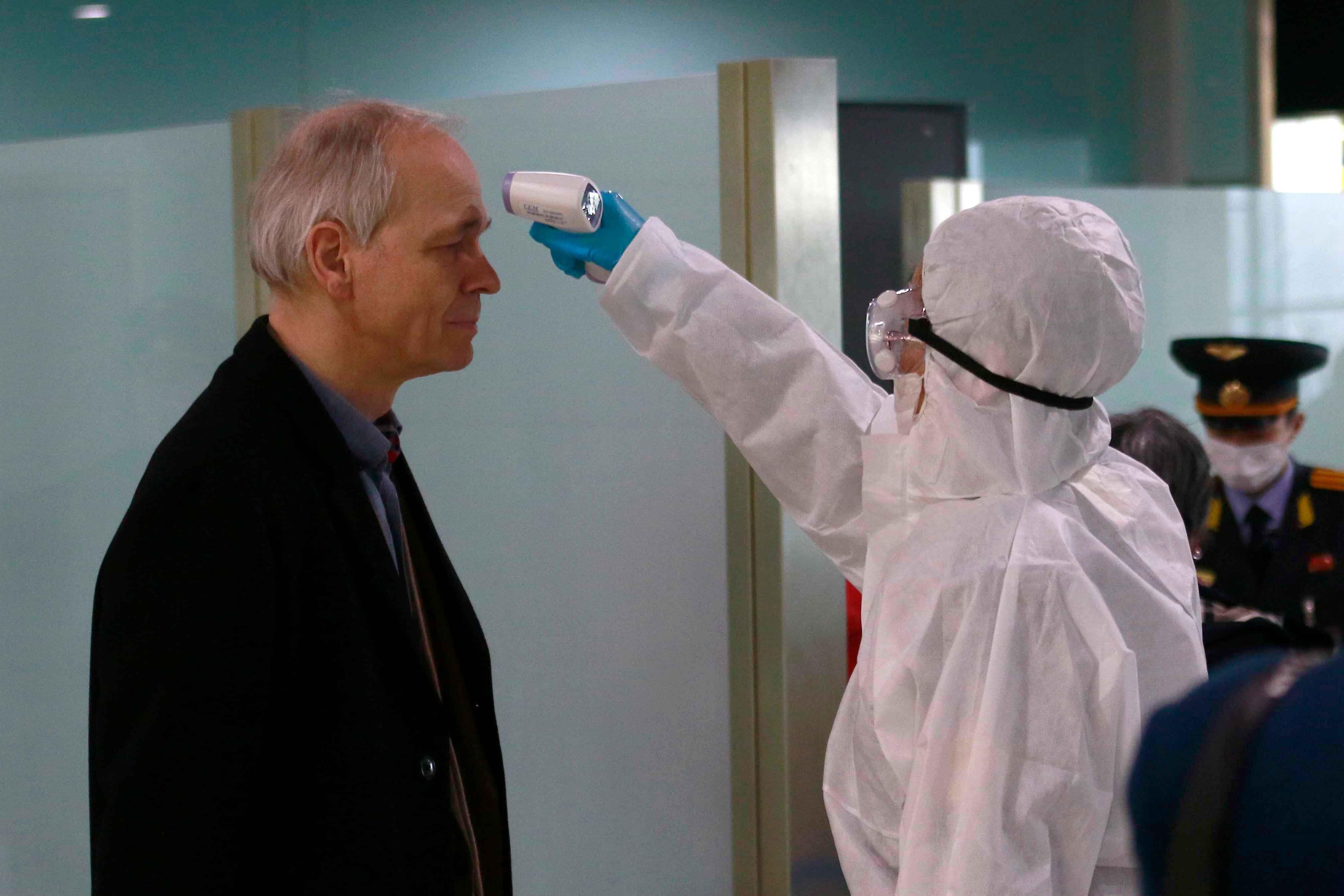