BANGKOK, March 17 (CNA) - All educational institutions in Thailand including local and international schools, universities and tuition centres will be closed from Mar 18 to Mar 31 as part of efforts to curb the spread of COVID-19, said Prime Minister Prayut Chan-o-cha on Tuesday (Mar 17).

"Regarding venues where people regularly gather to conduct activities together and could thus easily cause the disease to spread ... including universities, international schools, tution centres and every other (educational) institution, they are required to close temporarily from Wednesday for two weeks," said PM Prayut.

Sports venues and entertainment outlets in and around the capital Bangkok will also be closed during this period. These include boxing stadiums, horse-racing venues, pubs, theatres and massage parlours.

Shops and restaurants will remain open but are required to employ extra measures to reduce risk of infection, said the prime minister.

The Thai public holidays from Apr 13 to Apr 15, which mark the popular water festival Songkran, have also been postponed as proposed by Thailand's committee overseeing the outbreak of COVID-19. The new dates will be announced in the future.

Currently, the country is focusing on slowing down the outbreak, Prayut said.

The prime minister also announced that travellers from China, including Hong Kong and Macau, Italy, Iran and South Korea are required to have health insurance and a medical certificate issued within three days before entering Thailand via air, sea or land.

Eleven of the new cases are connected to a crowded boxing match that saw a large number of coronavirus cases, while other cases are those that worked closely with foreigners, said Permanent Secretary at the Ministry of Public Health Sukhum Kanchanaphimai.

Most of the cases, 70 per cent to 80 per cent, in Thailand are recorded in Bangkok.

Thailand has recorded one coronavirus death, and 41 patients have recovered and been discharged from hospital. 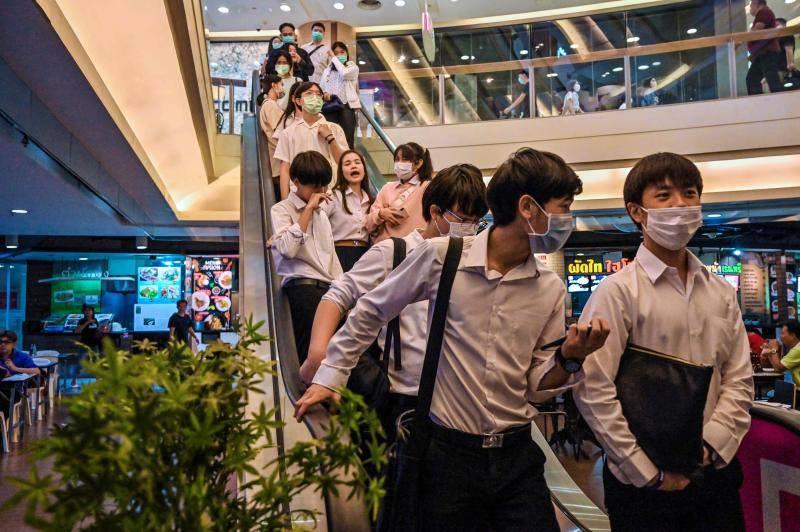