The Senate approved the plan in a 90-8 vote earlier in the day. Two Republican senators did not vote as they were undergoing self-quarantine after exposure to people who tested positive for the virus.

Senate Majority Leader Mitch McConnell, a Kentucky Republican, said prior to the voting that he will support the House's proposal, though he argued that "it does not help enough Americans, and, crucially, it adds even more uncertainty for small businesses."

The House-proposed bill, which was passed early Saturday, includes measures to enhance unemployment insurance, make sure that businesses with fewer than 500 employees offer two weeks of paid sick leave to their workers, boost funding for food assistance programs, as well as ensure free testing, including for those who are uninsured. The lower chamber approved technical corrections to the bill in a vote late Monday.

The bipartisan bill is the second such legislative package passed by Congress to address the COVID-19 outbreak. Earlier this month, Trump signed into law an 8.3-billion-dollar emergency funding package Congress had approved, which boosts funding for the testing of the virus, supports the development of vaccines, and lowers costs for medical treatments.

McConnell said after the Senate vote that lawmakers are moving rapidly to roll out a broader stimulus package.

At a White House news briefing Tuesday, U.S. Treasury Secretary Steven Mnuchin said he is working with lawmakers on a "significant" economic stimulus plan, which includes support measures for small businesses, airlines and hotels, as well as potential cash payments for working Americans. Bloomberg reported the aid package could include spending as much as 1.2 trillion dollars. 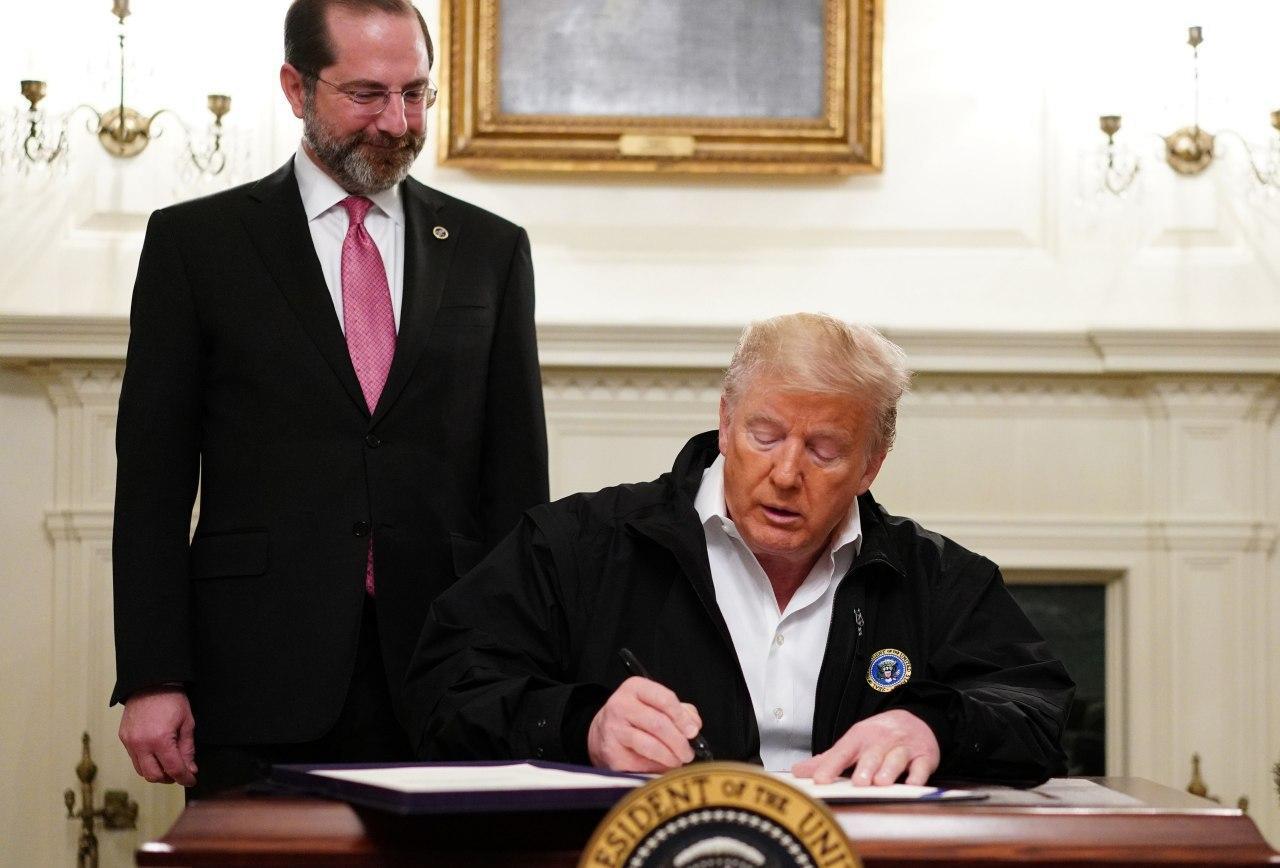