JAKARTA, March 19 (Reuters) - A rally of Muslim pilgrims that is drawing thousands of people to Indonesia has been stopped amid fears that it could help spread the new coronavirus, an official said.

But elsewhere in Indonesia, a Christian gathering went ahead with more than 1,000 people despite official discouragement of big religious meetings.

The world’s most populous Muslim-majority country has reported less than 300 coronavirus cases but there are suspicions many have gone undetected and medical workers have accused the government of a “half-hearted” response.

For days, authorities had been trying to persuade Ijtima Asia, part of the global Tablighi Jama’at movement of evangelical Muslims, to halt the event at Gowa near the city of Makassar in South Sulawesi province after a similar event in Malaysia led to hundreds of infections.

The pilgrims already there would be isolated while they make arrangements to leave Gowa, he added. More than 8,500 people from across Indonesia, Asia and the Middle East had converged on the area.

After resisting the closure of the event and defiantly stating “we are more afraid of God” than the coronavirus on Wednesday, organiser Mustari Bahranuddin said he would follow the directive to cancel the prayer rally.

But he said it would be difficult to quickly disperse the crowd, many of whom had arrived by ferry.

“We need a process to send the participants home,” he told Reuters on Thursday. “The ship has it’s own schedule.”

The proselytising Tablighi Jama’at movement behind the gathering in Indonesia hosted an event in Malaysia from Feb. 27 to March 1 that drew 16,000 followers and led to more than 500 coronavirus infections.

Photos and videos of the Indonesian gathering posted on social media showed huge crowds of men sitting tightly together in a huge tent.

The attendees came from all parts of Indonesia, a sprawling archipelago of more than 250 million people. Hundreds more travelled from other Southeast Asian nations, as well as the Middle East, Pakistan and Bangladesh. 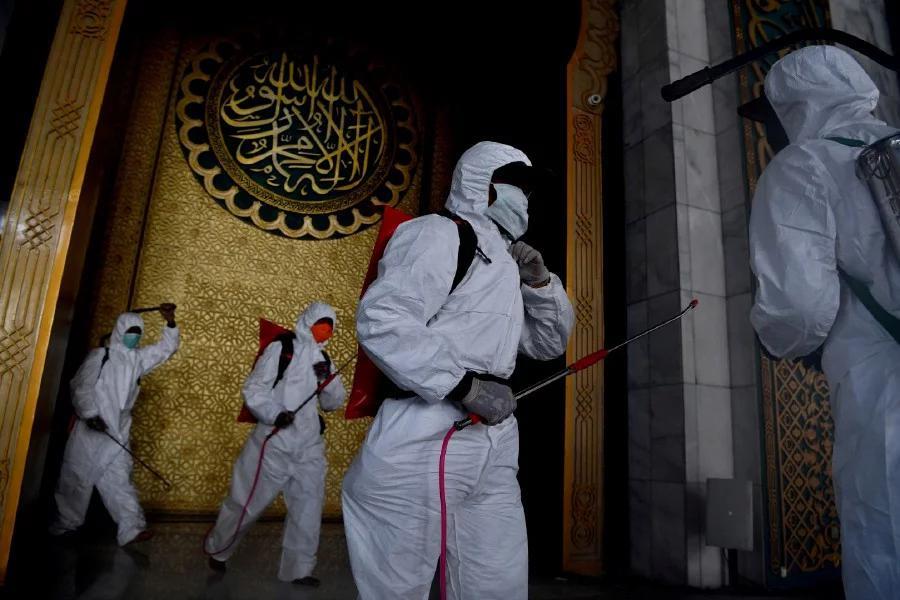